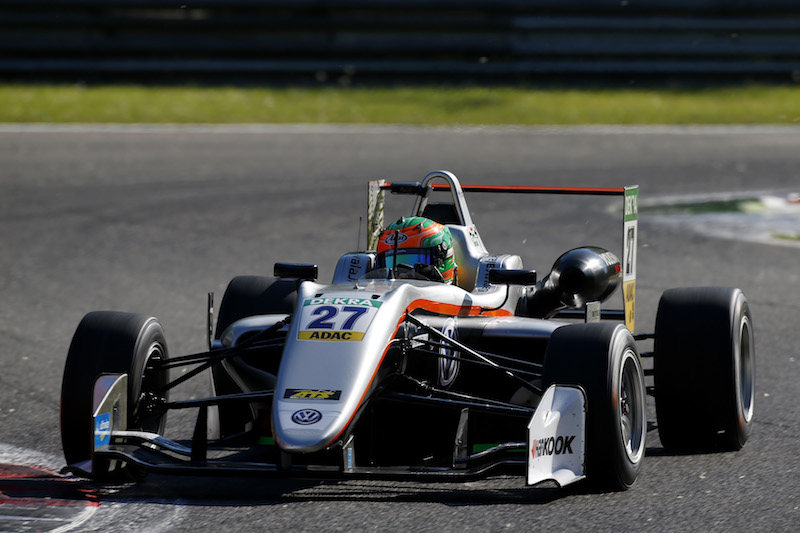 The Mumbai racer and British team-mate Lando Norris repeated the front row from last year’s Formula Renault NEC round at the circuit, where they were also team-mates but markedly both failed to win.

The qualifying session was split into two when Harrison Newey crashed his Van Amersfoot Racing car halfway through the session and brought out the red flags.

At this point championship leader Joel Eriksson was on top by seven tenths from Prema rookie Mick?Schumacher, with the Carlin drivers further down the timesheet.

Eriksson and Ilott had traded the top spot during the first run, with Hitech?s Jake Hughes also briefly going fastest as the times tumbled.

When the session restarted Carlin were absolutely on it, with Lando Norris, Jake Dennis and Daruvala?s opening laps putting them second, fourth and fifth. Eriksson failed to improve and was punished the next lap as Ilott, Dennis and Norris beat his best time.

Norris looked set to take his second pole of the season when the chequered flag fell but an inspired effort by Daruvala put him past his team-mate by three hundredths of a second.

Norris had used Ilott?s slipstream for most of his lap, and felt that had he had it a little longer he would have put in a lap faster than Daruvala?s.

Ferdinand Habsburg made it even sweeter by putting his Carlin car in fifth despite pulling the short straw on strategy, demoting Eriksson to a disappointing sixth place.

Joey Mawson made up for team-mate Newey?s crash with his second top ten starting position.