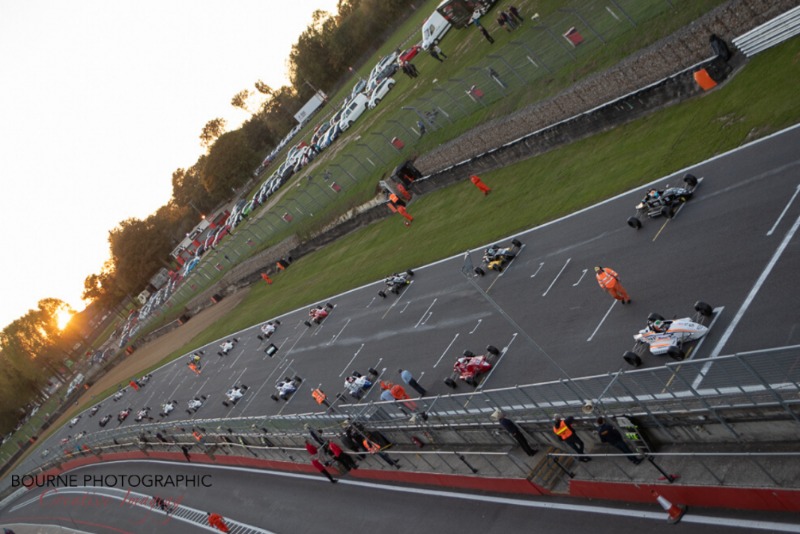 Formula Scout will bring coverage of the Formula Ford Festival at Brands Hatch for the first time this weekend, where nearly 70 drivers are set to compete.

The Team USA Scholarship, which launched the careers of the likes of Josef Newgarden and Oliver Askew, brings Josh Green and Scott Huffaker to the event with Cliff Dempsey Racing. The former BRDC British Formula 3 team will also be fielding Team Canada scholars Zachary Vanier and Jonathan Woolridge.

The event runs in a knockout format, with heats and second chance races leading to two semi-finals and then the overall final.

There is a split between drivers in modern machinery, and those who field older FF1600 chassis and can therefore by winners in their age class too.