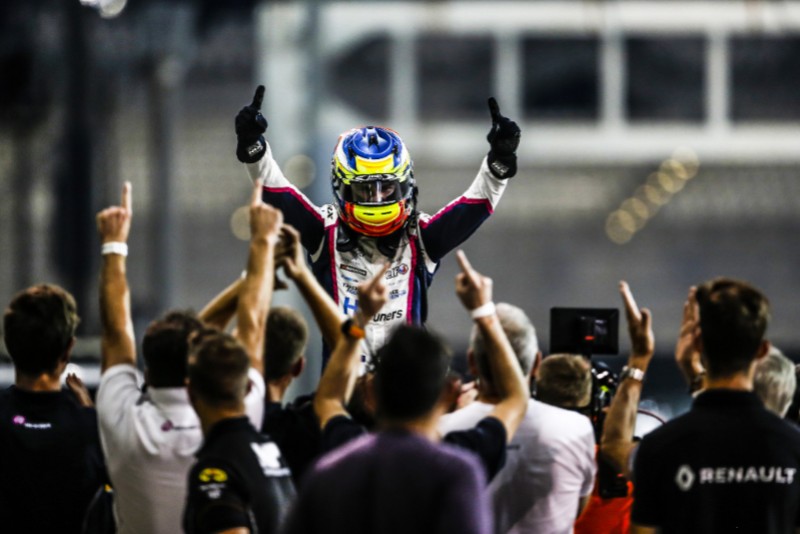 Oscar Piastri was crowned the Formula Renault Eurocup champion after coming home fourth in the final race at Yas Marina, which was won by title rival Victor Martins.

R-ace GP driver Piastri only needed to finish seventh to win the title, and lost two positions early on into the race to Lorenzo Colombo and Caio Collet having initially started in second place.

He was not threatened by anyone further behind though, and finished a comfortable fourth place to take his first car racing title.

Martins had a great start to keep the lead from pole position, having wasted his pole advantage in race one, and won with a 4.961 second gap to MP Motorsport Colombo in second place.

Piastri?s team-mate Collet completed the podium in third. The Brazilian put in a great move in the opening five minutes of the race to get past both Piastri and MP’s guest driver Matteo Nannini.

Formula 4 United Arab Emirates champion Nannini had qualified third and finished in fifth place ahead of R-ace’s Alexander Smolyar, who end the year just behind Piastri and Martins in the standings.

Sebastian Fernandez had a difficult qualifying session, and span after an incident with Kush Maini during the race, but the Arden driver still managed to recover to seventh place. M2 Competition’s Maini failed to finish.

Matthias Luethen, in just his second single-seater weekend, finished last once again but was closer to the pace on new tyres.