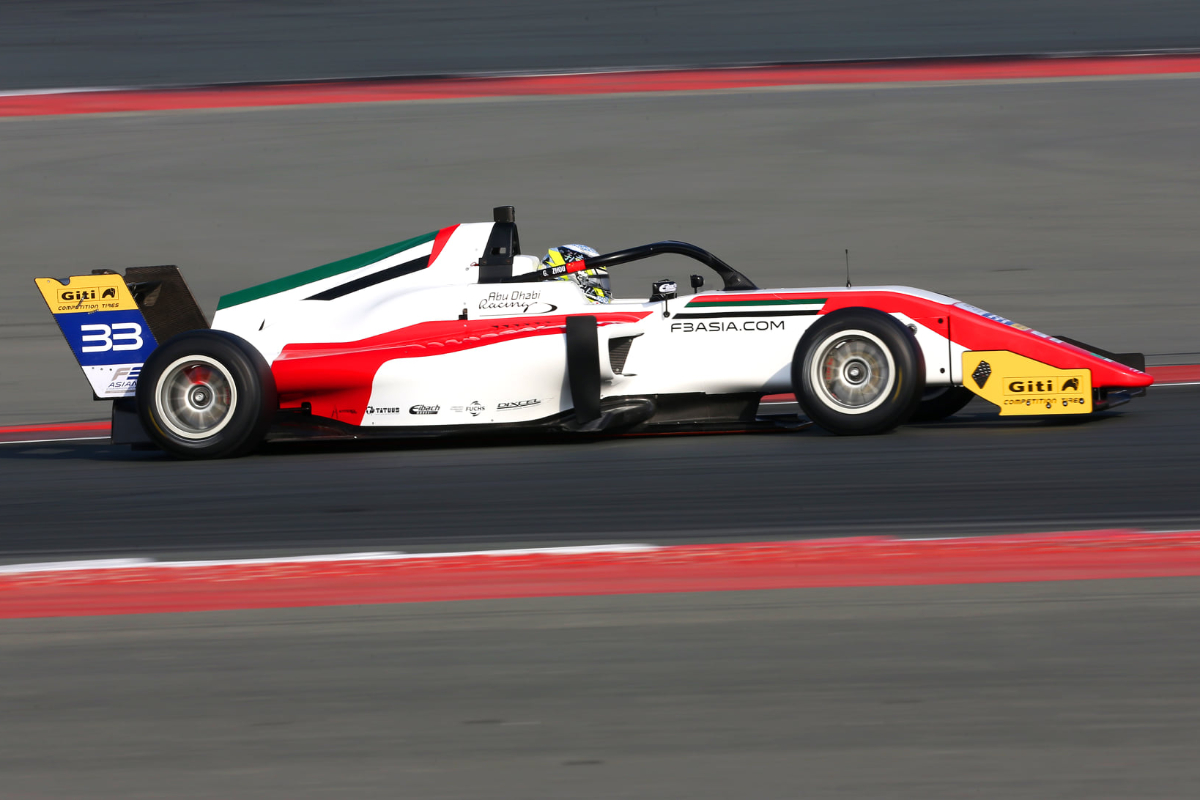 The Abu Dhabi Racing by Prema driver had set the pace in pre-season testing, and improved on the best lap from Wednesday’s running by setting a 1m33.802s to top the first of the two pre-event test sessions on Dubai’s International layout.

He was 0.299 seconds faster than Ferrari-backed team-mate Dino Beganovic, who will be making his F3 debut this weekend, while Pinnacle Motorsport’s Pierre-Louis Chovet continued his pre-season form by going third fastest.

The new Evans GP team got up to speed with Chovet’s 2020 Formula Regional European Championship rival Patrik Pasma, with the Finn setting the fourth fastest lap of the day.

The afternoon session was disrupted by a lengthy red flag stoppage that left BlackArts Racing’s Zdenek Chovanec unable to return to track afterwards, and featured Zhou at the top of the times again early on.

Motorscape’s Roberto Faria also looked quick, and he was in first place when the red flag came out.

When on-track action resumed, it didn’t take long for Chovet to move up the order, and he took over top spot with 10 minutes to go ahead of BlackArts’ Cem Bolukbasi.

The top laptimes from the afternoon were a second slower than the morning though, meaning Zhou – who was fifth fastest in the session – still ended the day on top. Bolukbasi, Faria and Pinnacle’s Matthias Luethen were the only drivers to improve on their morning bests.