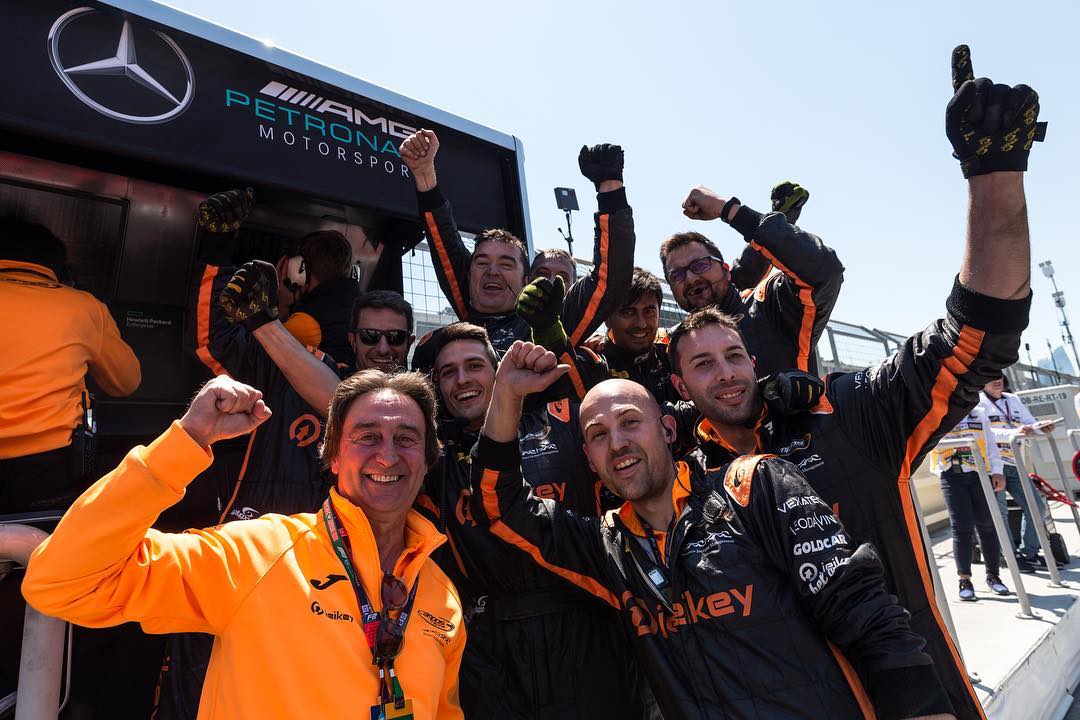 Adrian Campos, who passed away on Wednesday, was one of Spain’s leading circuit racers in the 1980s and was influential in the success of several international series as well as many of Spain’s single-seater stars

There would be likely no Fernando Alonso, no Alex Palou or in the modern day no David Vidales in the list of Spanish single-seater stars were it not for the support of Adrian Campos. And were it not for his own racing accomplishments a decade or so prior, then several Spanish talents may not have taken to the wheel on a race track in the first place.

Those drivers were among many who paid their tributes to the man who had been at the helm of his eponymous Campos Racing team for two decades and led it to success in Formula E, Formula 2, Formula 3 and World Series by Nissan.

Campos’s first year in team ownership came just as Spanish circuit racing was revitalised by the creation of Formula Open by Nissan (a series that would later go by the World Series name) for 1998, and Campos Racing’s first ever race was written into the history books at Albacete as Antonio Garcia became the youngest ever driver to win at such a high level in single-seaters aged 17. His team-mate Marc Gene claimed the title after winning the next six races, and graduated to Formula 1.

Gene went on to become Ferrari’s long-time test driver, while Garcia has three Le Mans 24 Hours class wins and three IMSA class titles and has a similarly strong manufacturer partnership as Corvette’s lead racing driver for over a decade.

While running his two history makers in 1998, Campos was keeping an eye on Spanish karting talent Alonso and worked to get him in his team for 1999 after handing him a test in Gene’s title-winning chassis. The test went well and Alonso was signed on a long-term deal. He won on his debut weekend, and like Garcia was 17 when he did it, and went on to become champion.

“One of the saddest days for the motorsports family. A driver and great promoter of this sport. Thank you for dreaming about Formula 1. Thank you for believing in young people. Thank you and rest in peace,” said Alonso of Campos’s life.

As the series departed its Spanish roots, Campos kept his team in the country by joining its Formula 3 championship for 2004, but then went fully international by joining the new GP2 Series in 2005.

In Spanish F3, Campos Racing went on to win the driver and teams titles in 2008, ’09 and 2016 as the series evolved into Euroformula, and was where once again he spotted a karting talent who he believed could be taken to the top at his team.

Alex Palou debuted in Euroformula in 2014 and won the first race of the season from pole, eventually finishing third in the points before heading to GP3 with Campos for two years. Without the personal support of Campos, he wouldn’t have made it that far in single-seaters – sponsorship avenues in Spain were waning – and he has since gone on to win in Super Formula and is now a Chip Ganassi Racing driver in IndyCar.

“If it weren’t for you, I wouldn’t be where I am. DEP Adrian,” Palou said.

He’s now backed by Swiss-Italian businessman Salvatore Gandolfo and the Monaco Increase Management company that had partnered with Campos with an eye on entering F1 for when the next cycle of technical regulations comes in. Named alongside Palou in that bid as a prospect for the future was countryman David Vidales.

Like Palou, his first miles in a racing car were provided by Campos and the team ran a testing programme in a Dallara F312 – as Palou raced in Euroformula – to prepare him for his car racing debut. And once again, were it not for the support of Campos there would have been slim chance of him making it this far in single-seaters.

Vidales ended up winning his first two races in the Formula Renault Eurocup last year, was courted for a potential FIA F3 Championship appearance with Campos and is now going to race with Prema in Formula Regional European Championship.

“Today is a sad day for the motoring world, a great man and driver has left us,” Vidales shared on his social media.

“I have been fortunate to have met you both professionally and personally, you have been an example for all the drivers and a reference for me. We will miss you Adrian.”

In more recent years, Campos has become best known for his involvement once again in the higher ranks of single-seaters. His GP2/Formula 2 operation, either side of a spell where it was owned by close friend and FE founder Alejandro Agag, has won 15 races and the 2008 teams’ title and has been the launching pad to F1 for Romain Grosjean, Rio Haryanto and Vitaly Petrov. Last year it celebrated the promotion of its driver Jack Aitken to a Williams F1 seat at the end of the season.

“Adrian, RIP. You were so kind, true to your word, competitive, mischievous, wise. You always knew exactly what to say to me, because at heart you were still a driver. And you created a family at Campos full of brilliant, talented people, who will miss you dearly. I will too,” said Aitken of his F2 team boss.

Campos’s GP3/FIA F3 squad has also won races, and in FE it masterminded the title-winning efforts of Nelson Piquet Jr at Team China Racing in the inaugural season of the all-electric championship. It added operational duties at Mahindra for season two, and the team took its first win a season later.

QEV Technologies, a Spanish company that Campos was a shareholder in at the time, then became the official operational partner of Mahindra and bought into NIO (which was TCR under new ownership) last season to maintain its place in FE.

Campos Racing has supplied personnel and expertise beyond those teams, and still is a key part of FE’s infrastructure, while the team’s alliance with Florida University in addition to local programmes has meant it has been proactive in bringing young talent into motorsport through engineering roles as well as in the driving seat.

That was clear to see for this writer in the Euroformula paddock, where the work of Campos and his 1980s F1 contemporaries Emilio de Villota and Luis Perez-Sala was critical to sustaining Spain’s presence in international single-seater racing through the global financial crisis and was where many in Euroformula garages had previously worked.

That ground-level impact is set to continue even in the absence of Adrian Campos himself as his team ventures into Spanish Formula 4 for the first time this year.