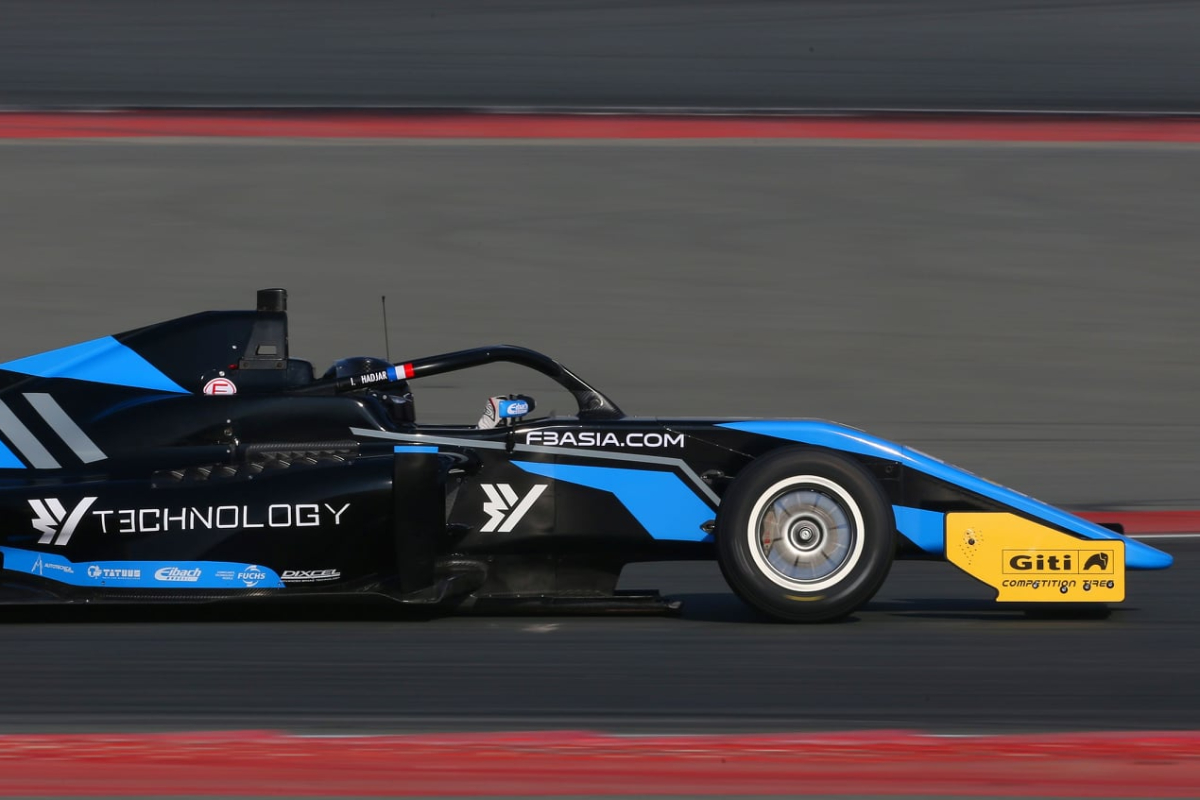 Evans GP’s Isack Hadjar led the first free practice session of the Asian Formula 3 season after a flurry of late improvements from the 23-car grid at Dubai Autodrome.

The French Formula 4 graduate ended the singular session 0.226 seconds clear of Pinnacle Motorsport’s Pierre-Louis Chovet and 0.325s ahead of Abu Dhabi Racing by Prema’s Guanyu Zhou, who had been setting the pace in the tests before the season opener.

Mumbai Falcons driver Daruvala improved late on to get to 0.520s off Hadjar’s pace, and was 0.010s clear of his own team-mate Kush Maini in the all-Indian squad.

Evans GP’s Irina Sidorkova, who will be racing in W Series this year, propped up the timesheet some 2.692s off the pace, having struggled with bruising in testing in her first proper weekend in a Regional F3 car.