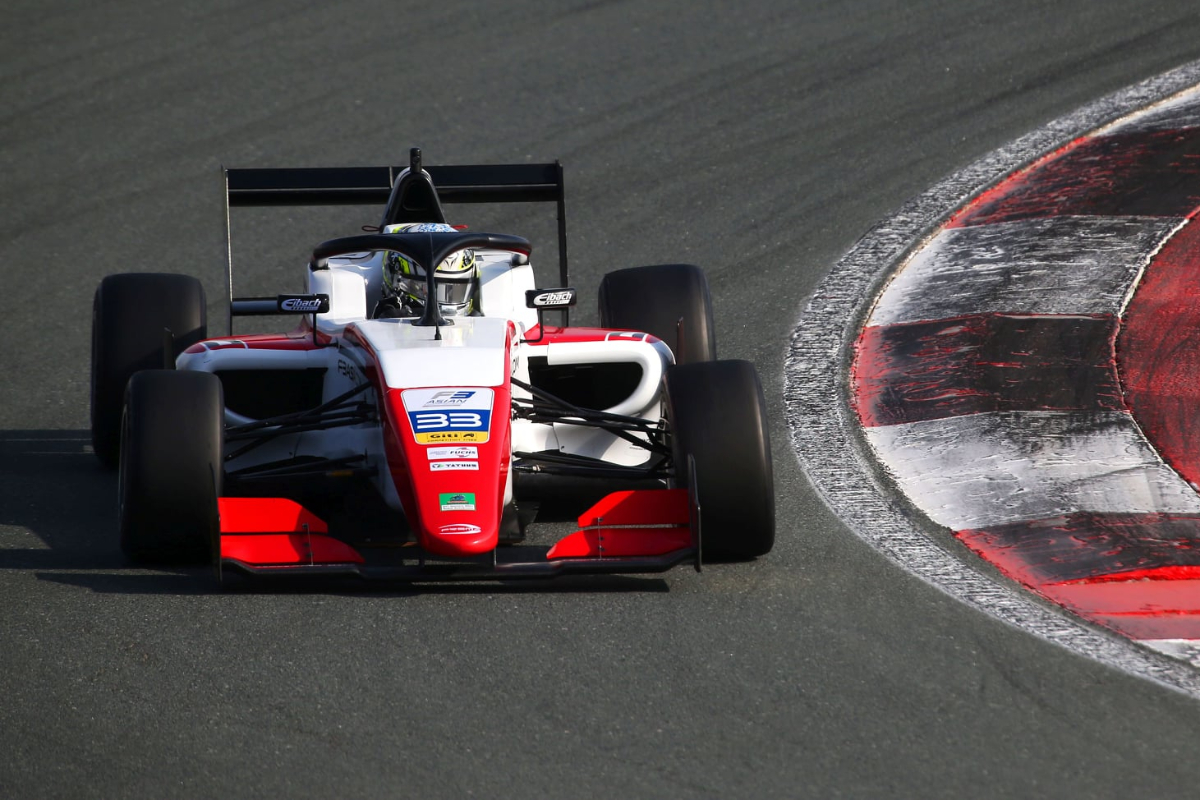 Chovet sat at the top of the times in the first qualifying session from pretty much the start to the finish, putting in a 1m34.475s lap early on that initially had him almost a second clear of the field.

The Frenchman got close but didn’t better that laptime as the session went on, and just as the chequered flag came out he was pipped to pole by 0.045 seconds by Formula 2 regular Zhou.

Motorscape’s Roberto Faria had been Chovet’s closest rival early on, but slipped outside of the top 10 by the end, and Hitech GP’s Ayumu Iwasa was in second place at the halfway point of the session before Zhou moved into a provisional front row spot.

Iwasa got shuffled down to 10th as late improvements came in, with Zhou’s F2 rivals Roy Nissany (Hitech) and Jehan Daruvala (Mumbai Falcons) jumping up to third and fourth.

In the second qualifying session, which sets the grid for the third and final race of the weekend, a lengthy red flag stoppage split running in two.

Nissany was just ahead in the first segment of action, heading Beganovic by 0.081s, Daruvala by 0.100s and Stanek by 0.131s. Zhou was down in ninth, while Chovet was only in 12th.

When action resumed with just a few minutes left on the clock there few who improved, but Chovet and Zhou immediately did and Chovet put himself on pole by 0.050s.

Zhou jumped up to fourth, 0.134s off pole, while Hadjar and Red Bull junior Iwasa brought themselves into the top 10 behind Faria and Mumbai Falcons’ Kush Maini.

Some drivers didn’t return to track when the clock began again, while Abu Dhabi driver Amna Al Qubaisi didn’t set a lap at all.