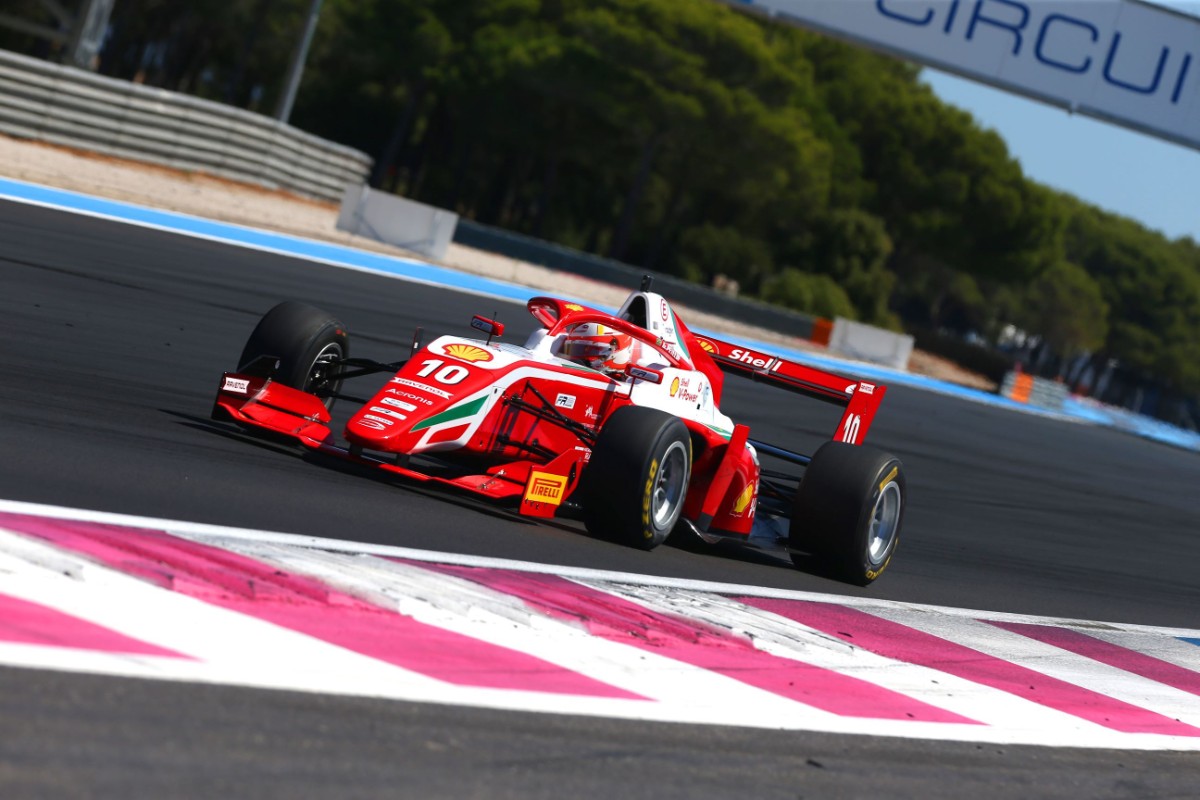 Gianluca Petecof took a double pole for the Formula Regional European Championship round at Paul Ricard, with Prema team-mate Arthur Leclerc topping the other qualifying session.

Prema’s Oliver Rasmussen put in two early laps in Q1 for provisional pole, but failed to improve as the session went on and also had one lap removed for track limits abuse, and KIC Motorsport’s Juri Vips took over from him at the top.

Vips also failed to improve once he got into first place, and that top two wasn’t displaced until the very end of the session when Petecof patiently waited for clean air and set a lap good enough for the provisional front row. Leclerc then set back-to-back personal bests to snatch pole position.

Van Amersfoort Racing’s Pierre-Louis Chovet improved on his penultimate lap to take fourth from Rasmussen, while Jamie Chadwick made a big gain on her final lap to bring the fourth of the Prema-run cars into ninth place.

One spot ahead of her was single-seater racing returnee Facu Regalia, who is usually at the track driver coaching Chovet, who was within a second of pole in the second VAR car.

Petecof laid down the early benchmark in Q2, held 10 minutes after Q1, with Chovet being the first to beat it. It took a while to drivers to come back to the pace of their first laps, such is the characteristic of FREC’s Pirelli tyres, with Leclerc just surpassing Chovet’s time with three minutes to go before Petecof went even better courtesy of a great final sector.

The points leader couldn’t surpass his own pole lap, but in the process put in a lap that was good enough for race three pole as best of the second-bests. Leclerc improved on his final lap to ensure front row starts for races two and three, while Chovet was a comfortable third fastest.

Long after the chequered flag, Vips set his personal best lap to secure fourth on the race two grid and fifth for race three behind Rasmussen.