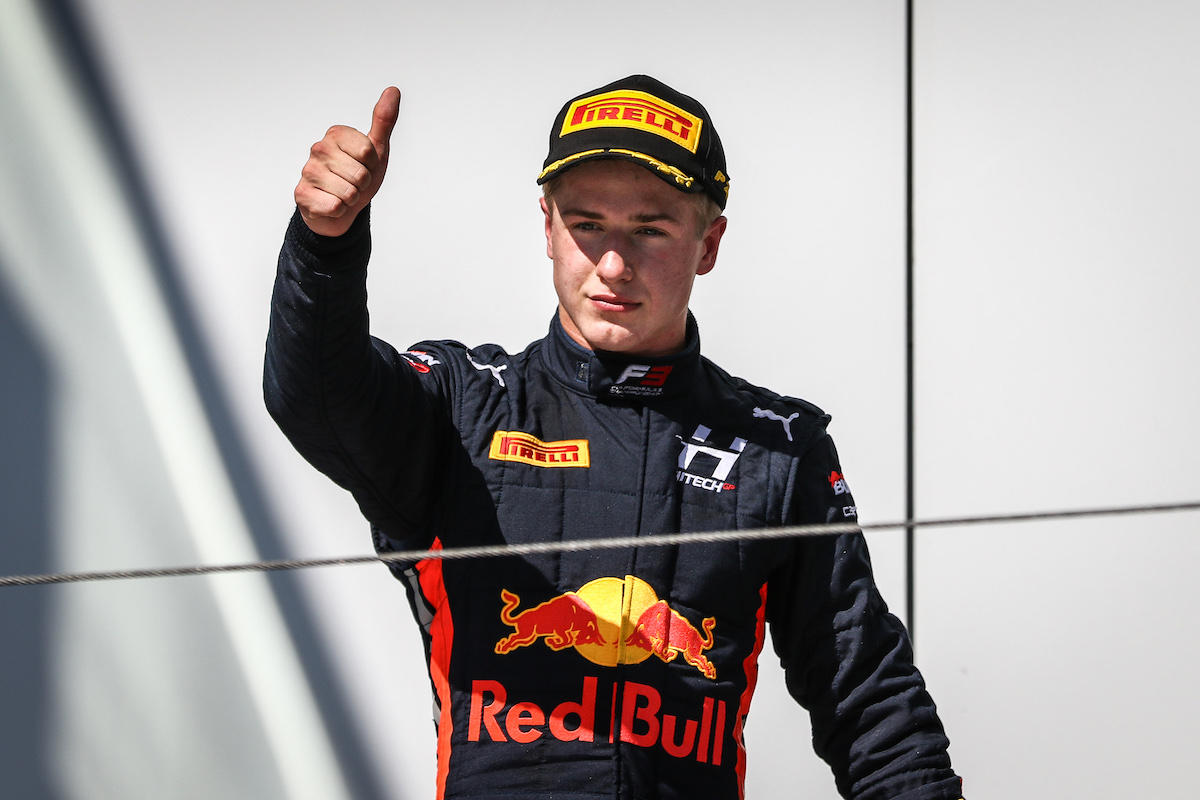 Juri Vips will join the Formula 2 grid in place of injured DAMS driver Sean Gelael for the upcoming rounds.

The Red Bull junior will race alongside his former Formula 3 team-mate Dan Ticktum for at least the back-to-back events at Spa-Francorchamps, Monza and Mugello.

Gelael has been ruled out for at least the next six weeks after breaking a vertebra in the Barcelona feature race, putting his participation in next month’s Sochi event also in doubt.

Vips had been due to race in Super Formula this season but has been unable to get into Japan for the start of the season and has instead been competing in Formula Regional European Championship events.

“I’m very thankful and happy for the opportunity that DAMS has given me,” he said.

“I know it’s going to be really difficult to just jump in with more than half the F2 season already completed, but I will do everything I can to give the team as strong as a result as they deserve.

“I’m also looking forward to working alongside Dan, who I’m sure will help me get up to speed, and we will aim to get good points for the team.”

Entering FREC gave Vips a chance to obtain the superlicence points he needs to step up to Formula 1, but he has experienced a tough start in the series with the KIC Motorsport team, sitting seventh in the standings ahead of this weekend’s races at Paul Ricard.

Contesting the next three rounds of F2 means Vips will not take part in the Red Bull Ring FREC round on September 11-13.

“It’s always difficult for a team to have to change a driver during the season, especially in the way it’s happened,” said DAMS owners Gregory and Olivier Driot in a statement.

“Sean is very well integrated and close to every member of DAMS, so this hits us hard. Nevertheless, we have to push on and ensure Dan has a good team-mate for the upcoming races.

“We have the pleasure to bring on board Juri Vips, who’s a very talented driver and has showed his pace in junior categories.

“It will be difficult to get started because he’s never driven in F2, so Spa is going to be more of a test than a proper race weekend. He will have good support from the team, the engineers and Dan as well, so we hope for a strong start to the second half of the season.”

Before finishing fourth in FIA F3 last season, Vips starred in European F3 in 2018, when he earned a place on the Red Bull junior programme with his performances relative to Ticktum at Motopark.