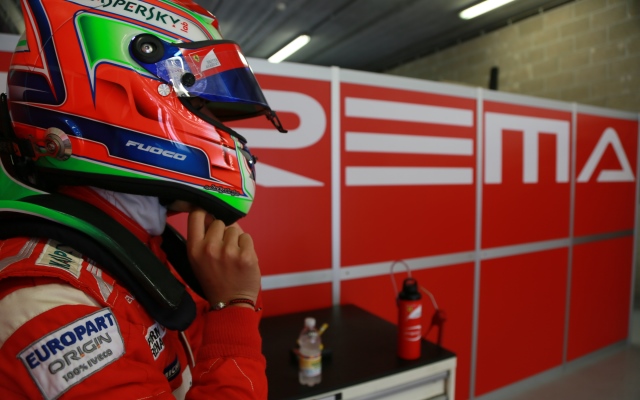 Antonio Fuoco will have no problems adapting to racing in the FIA F3 European Championship in just his second season of car racing, believes Prema team manager Rene Rosin.

Part of the Ferrari Driver Academy, Fuoco has long been expected to step up to F3 with Prema after winning the Formula Renault 2.0 Alps title with the team in his rookie year of single-seaters.

It has now been confirmed that the 17-year-old will join Dennis van de Laar and fellow Formula Renault 2.0 graduate Esteban Ocon in Prema’s F3 roster for the coming year. Nicholas Latifi is expected to complete the quartet.

Rosin is confident that Fuoco will do well as he replaces fellow Ferrari protege and 2013 champion Raffaele Marciello in the line-up.

“He has some superb potential and his career so far reminds me Raffaele Marciello. Prema is a second home to young Antonio and his jump to Formula 3 is an obvious continuation for our relationship.

“I?m sure that the Ferrari Driver Academy man won?t have problems in adapting himself to the driving required by the Dallara-Mercedes and by the Hankook tires, different from the ones used in Formula Renault 2.0. We?re looking forward to an exciting season.”