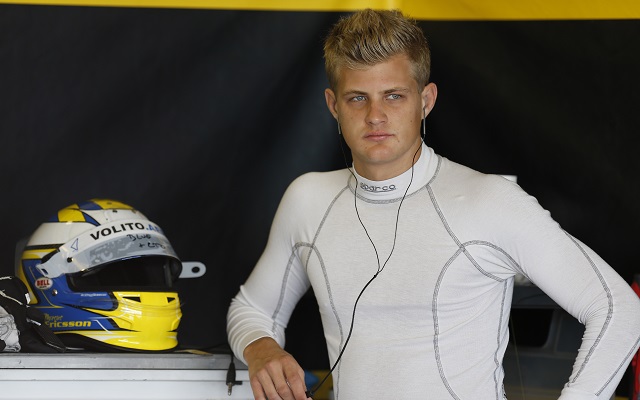 Marcus Ericsson will step up from GP2 to a Formula 1 race seat this year, having concluded a deal with the Caterham team.

The move had been rumoured since the Swede attended the final race of the 2013 season in Brazil with the squad, and sees him partner the returning Kamui Kobayashi. The pair replace Charles Pic and Giedo van der Garde at the Malaysian-owned outfit.

“This is a very proud day for me and everyone who has helped make my F1 dream come true,” said the 23-year-old.

“It’s obviously great for Sweden that we’ll have a Swedish driver back on the grid in 2014. This is what I’ve been working for since I first started racing karts back when I was nine years old, and now I know I’m ready for the step up to F1. Caterham is a young team and together we can take on the challenges the new rules will present in 2014 – learning together and continuing to develop as the season progresses.

“After a good break at home over Christmas, the hard work has already started. My physical fitness has always been good but I’ve been working even more on that since the discussions with Caterham began. I’m going to be in the factory in Leafield as much as I can before and during the tests in Spain and Bahrain so I can play an active role in helping understand the 2014 car, and what we need to do to unlock its performance. We have a big task in front of us but it’s an exciting one, and one both the team and I are ready for.”

After a karting career that included Swedish and Nordic titles as well as success in Europe, Ericsson began his single-seater career in 2007 under the guidance of then-manager and 1999 Indy 500 winner Kenny Brack. Competing in Formula BMW UK with Fortec Motorsport, he took seven wins on his way to the title at attempt. He moved onto Fortec’s British F3 team in 2008, finishing fifth in the standings, and then switched to Japan for 2009 where he won the F3 crown.

He then spent a four-year stint in GP2, finishing 17th in his rookie year in 2010 for Super Nova. Two years with iSport followed, producing tenth in 2011 and eighth in 2012 before coming sixth with DAMS in 2013, netting a total of three wins in the category.