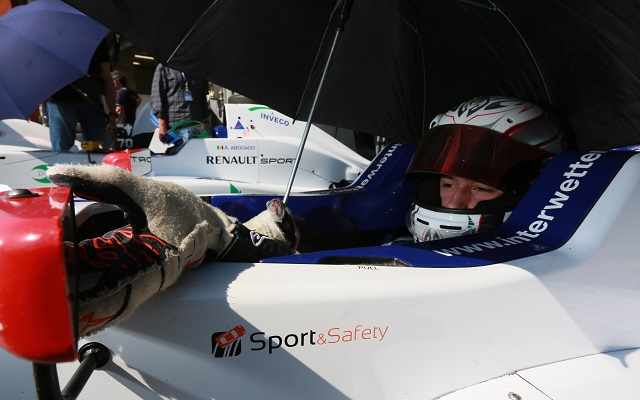 19-year-old Russian racer Konstantin Tereshchenko will join European F3 Open for the 2014 season, having secured a deal to race with Campos.

Tereshchenko makes the switch from Formula Renault racing after two full-time campaigns in the Alps series with Interwetten. In his debut single-seater campaign in 2012 he didn’t score points, while the following year he finished 15th with 25 points to his name. In 2012, he also took the title in the local Formula Russia championship.

“During winter testing we have tried several teams and Campos Racing looks to be best of all”, noted Tereshchenko. “I have never worked with such good engineers and I feel confident with the team. There is a lot of work to do for me and the team to achieve the ultimate results. I am sure we will fight for the top.”

The Russian is the second driver announced as part of Campos Racing’s 2014 lineup, joining Brit Sean Walkinshaw. Spaniard Alex Palou and Venezuelan Diego Borrelli are the two most prominent drivers in contention for the remaining Campos seats.

“It is great news to have Konstantin driving for our team in Formula 3”, stated Adrian Campos. “He has proven to be quick in previous private tests, mainly in Cheste track where he was fastest driver on track. I have no doubts he will be vying for the championship title.”