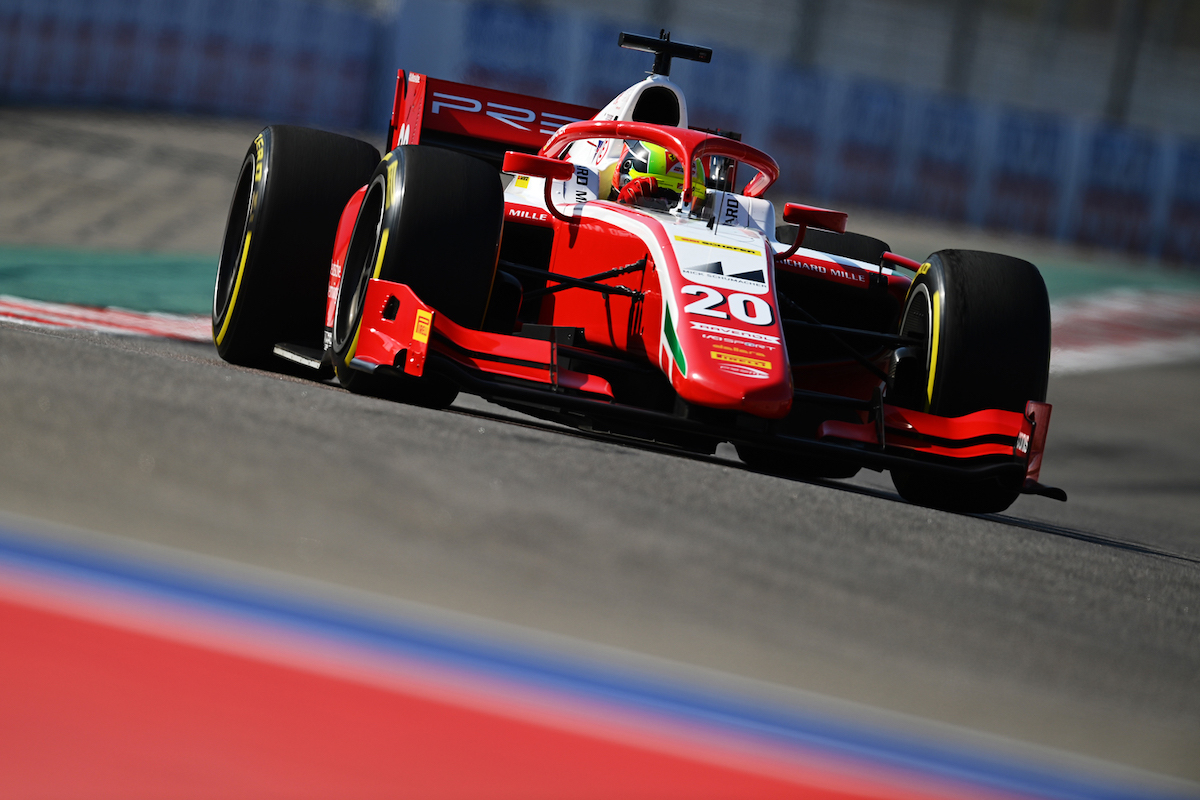 Prema has been fined in a bizarre ruling concerning Formula 2 championship leader Mick Schumacher’s pitstop on his way to victory in the Sochi feature race – a result he has kept following a separate investigation into a part of his Drag Reduction System.

Schumacher’s car was found to be running a superseded version of the DRS activation crank – a part that was upgraded on all cars from the Baku round in 2019 for safety reasons.

Stewards determined that the superseded part had been installed on Schumacher’s car during the Monza event earlier this month, and it had not been subject to a technical inspection until after his Sochi win.

They noted that “it would take an extremely experienced observer to tell the two parts apart” and added it was “not possible to determine with certainty” where the superseded part on Schumacher’s car came from.

Stewards ultimately took no further action, explaining that the use of the old part did not provide Schumacher with a performance advantage.

They added that the “part identification issue […] cannot be totally resolved before 2021 when a permanent fix from the manufacturer can be put in place” but that the relevant parts will be inspected on all cars prior to Sunday’s sprint race in Sochi.

The fine for Prema of €10,000 came after team principal Rene Rosin was shown on the television broadcast to be “allegedly directing team personnel prior to the start of the mandatory pit stop procedure”.

As Schumacher explained after the race, he made a late call to pit on a lap in which Prema otherwise planned to pit team-mate Robert Shwartzman behind him. This meant Prema had to get Schumacher’s tyres ready at short-notice – when Rosin was shown gesturing towards the pit box from the pit wall.

Rosin is not included within Prema’s list of 12 operational personnel who are permitted by the sporting regulations to be involved in the running of the cars, with the squad instead having a dedicated team manager.

After studying the available footage, stewards said the process of readying Schumacher’s tyres instead of Shwartzman’s had clearly “already been initiated by the Team Manager by radio” prior to Rosin’s gestures.

They added: “Although the Team Principal had a radio headset on, at no point during this incident did he key the radio to transmit on it. The Stewards also consider it highly unlikely, given the ambient noise levels in a racing pit lane, that the mechanics in pit lane, with headsets on, could understand anything the Team Principal was saying without radio communications.”

The stewards said that Rosin therefore had no impact on the operation of the pit stop and had therefore not breached the operational personnel limits.

However, they stated that because Rosin’s actions “could be misconstrued under the circumstances, by someone without access to the appropriate camera angles and footage, as giving the appearance of operational direction, the Stewards find the Team Principal committed an act prejudicial to the competition” and issued the fine.

The only driver to be penalised after the feature race in Sochi was Charouz racer Louis Deletraz, who was given penalties of 10 and five seconds for not respecting the safety car delta times. His result is unaffected as he finished 18th and last.