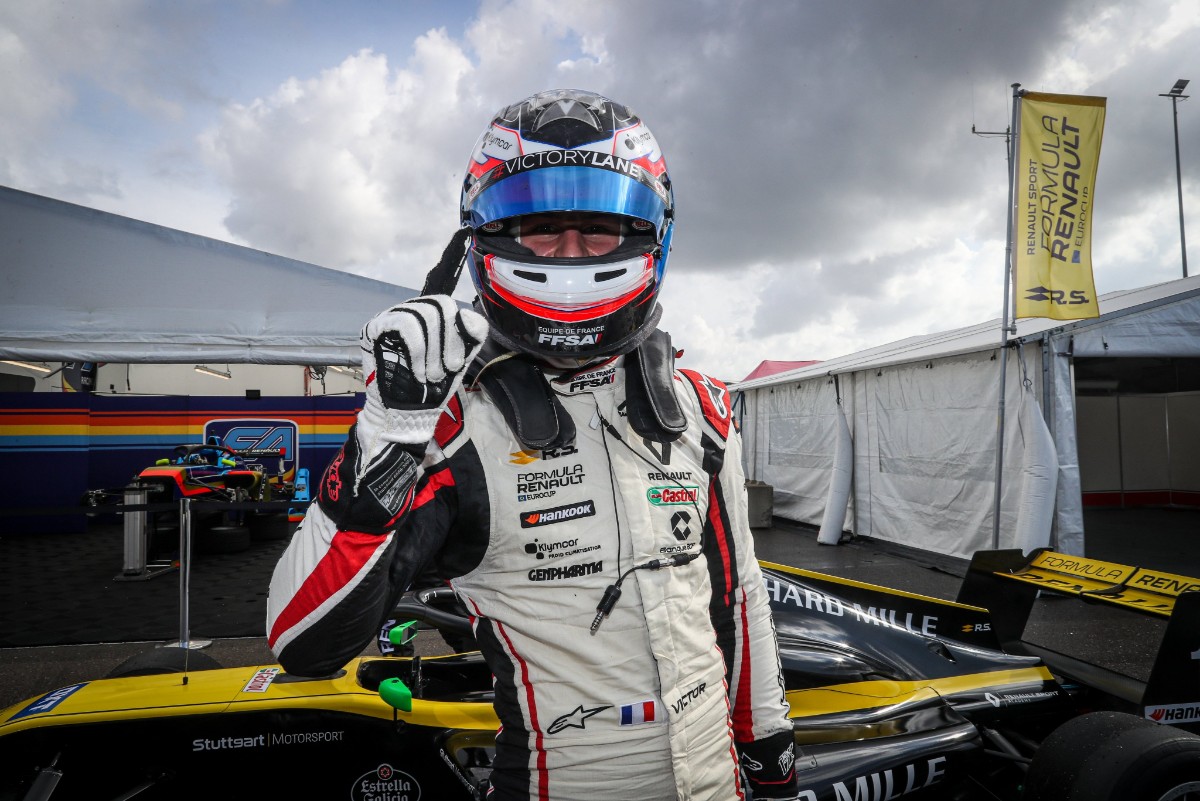 As in the earlier qualifying session, the two title rivals dominated the field.

The initial start was aborted after a problem for MP Motorsport’s Hadrien David, who should have started fifth but had to begin the race from the pitlane instead.

After the additional formation lap that followed, polesitter Martins did enough to keep the lead at the start, pulling to the right to cover off Collet and make sure he had the inside line into the first corner.

ART Grand Prix driver Martins soon put a second’s gap between himself and Collet and gradually increased that to over two seconds.

R-ace GP’s Renault junior Collet cut the difference again towards the end, but Martins ultimately took the win by 1.453 seconds – his fourth victory in five races – to increase his championship lead.

Car racing rookie David Vidales scored his sixth podium in seven races for JD Motorsport after passing Collet’s team-mate Petr Ptacek around the outside of the banked Hugenholtz left-hander on the opening lap.

He finished 17 seconds behind the winner but wasn’t challenged again by the Sauber junior, who instead spent the race defending fourth from FA Racing driver Amaury Cordeel.

Franco Colapinto narrowly held off Paul Aron at the line to finish fifth, after Aron had found a way past ART team-mate Gregoire Saucy on the opening lap, also opening the door for Alex Quinn in the process.

Saucy finished up in 10th place behind Gregoire Saucy and just ahead of William Alatalo, who worked his way forward after his qualifying crash.