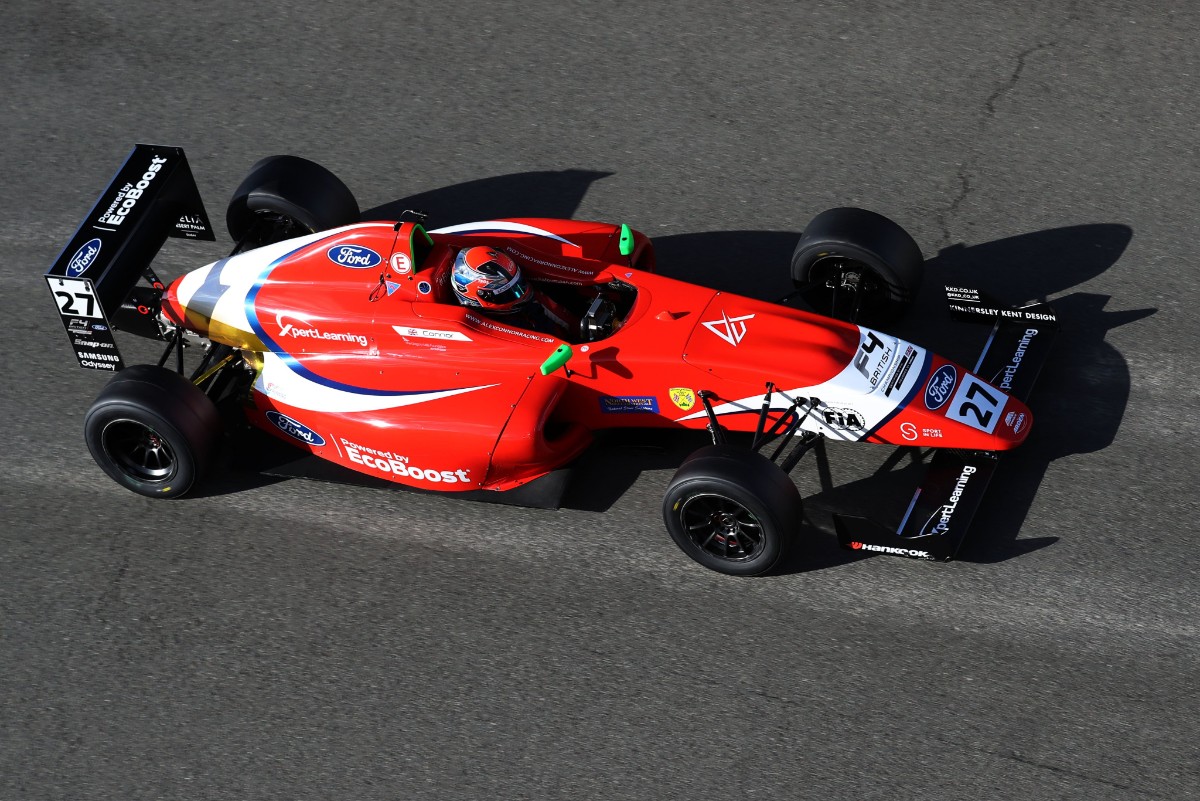 Alex Connor narrowly beat Zak O’Sullivan to the chequered flag in the opening British Formula 4 race of the weekend at Silverstone.

Connor spent most of the race comfortably ahead of Casper Stevenson, but came under pressure from O’Sullivan after the Carlin driver passed Stevenson to take second.

O’Sullivan pushed Connor hard in the closing stages of the race, almost pulling alongside the Arden driver as they approached the chequered flag, but Connor nosed ahead to finish 0.199s ahead.

Stevenson took third ahead of Fortec Motorsports’ Luke Browning, who led a three-way fight for position ahead of JHR Developments duo James Hedley and Abbi Pulling.

Pulling took fifth from Hedley early in the race and immediately challenged Browning for the position. Hedley was able to pull alongside her and the pair made contact. Pulling span and was unable to get moving again, though her car was able to be cleared under yellow flags.

Hedley finished fifth, ahead of rookie class winner Matias Zagazeta, who was promoted to sixth after Roman Bilinski was handed a five-second penalty for track limits.

The two other rookies ran into issues late in the race. An off for Frederick Lubin as he was battling for position took him out of the race, while a wide moment for Christian Mansell brought an early end to his day.

Reema Juffali was the final finisher in eighth place.