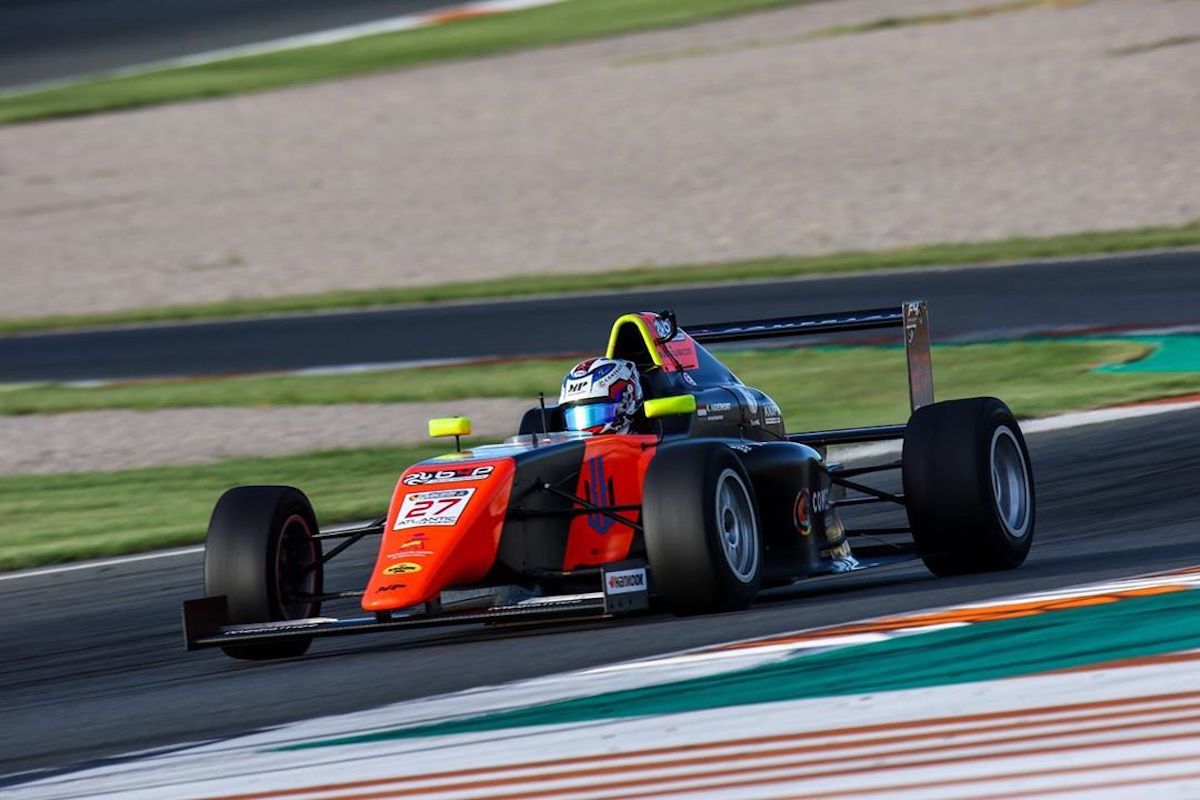 Haverkort led Joshua Dufek away from pole position, while Global Racing Service driver Suleiman Zanfari slipped back from third on the grid to fifth as Thomas ten Brinke and Mari Boya both moved forward from the third row to make it an all-MP top-four.

After a safety car on lap three to recover the car of Javier Sagrera, Haverkort couldn’t pull away from Dufek and ten Brinke, with the trio covered by less than a second for much of the race.

In the closing minutes Haverkort finally did start to build a gap and finished up 2.799 seconds clear of Dufek as the championship leader took his fifth win of the season.

Second for Dufek is his best result to-date while ten Brinke remained on his tail as he claimed his third podium finish from his fourth single-seater start.

Boya, who originally qualified third but took a grid penalty, couldn’t keep pace with the front three after the restart and finished four seconds back in fourth place, a second ahead of Zanfari.

Update: Boya and Zanfari both had seven seconds added to their race times due to track-limits infringements. Boya was demoted to seventh, while Zanfari was additionally penalised 25 seconds for a dangerous manoeuvre and classified in 16th place. Fluxa and Goethe were among several to be penalised two-seconds for track limits breaches.