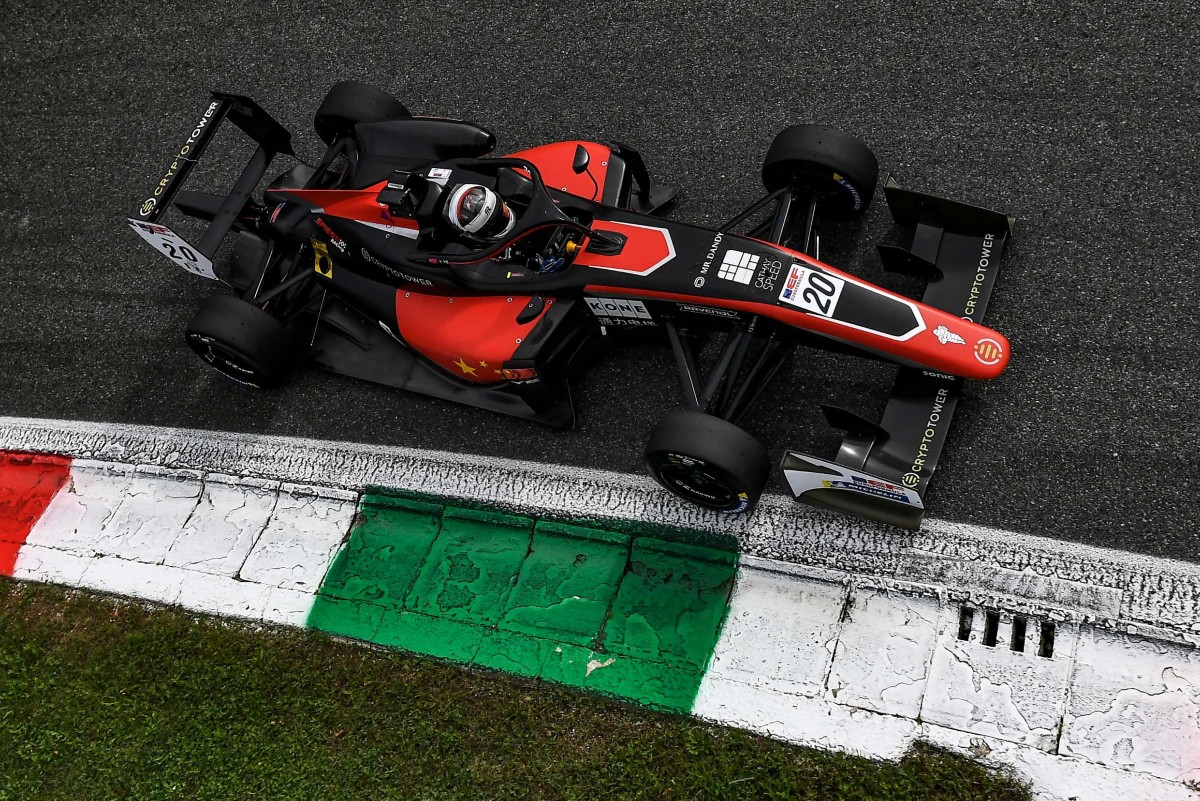 Yifei Ye led from lights-to-flag in unlikely fashion at Monza in the first slipstreaming classic for Euroformula’s new Dallara 320 car.

Lukas Dunner, Ye’s CryptoTower Racing team-mate, made a great launch and climbed from seventh to third on the run to the first chicane. He tried to pass Motopark’s Cameron Das there too, but couldn’t find a way through and as he backed off he was rear-ended by Van Amersfoort Racing’s Sebastian Estner.

That clash sent Estner pit-bound, while Das’s team-mates Manuel Maldonado and Niklas Krutten followed Dunner to form a five-car train at the front of the field.

Das defended from Dunner for two laps before conceding the position, but reclaimed it briefly with a great move on the outside going into the first chicane. Dunner got back to past but then Das reclaimed it again later around the lap, only for Dunner to go past again at Turn 1 a lap later.

Second place went back to Dunner at the second chicane, and they swapped positions twice again going into lap seven of 17.

Ye, without the assistance of a tow, hadn’t broken away during this time and neither Das or Dunner had pulled away from Maldonado and Krutten behind.

Once Dunner finally did get through into second and stayed there, Das then came under pressure from Krutten. The German took far less time to make a pass that stuck, and he set off in pursuit of Dunner, but keeping Das in his tow.

Maldonado was also still within four seconds of Ye in fifth place, and in the final third of the race he started attacking Das. He too did the job quickly, but didn’t have time to recover the ground lost to Krutten.

Dunner meanwhile was closing back in on Ye, bringing the lead down from two seconds to less than one before double yellows started to be waved at Ascari when VAR’s Alexandre Bardinon span into the gravel while battling for eighth place.

This, combined with the lapped traffic of Estner in the final two laps, enabled Ye to take his sixth win of 2020 with remarkably little opposition. Dunner and Krutten completed the podium, with Maldonado and Das in fourth and fifth.

Andreas Estner was quickly dropped in the third VAR-run car and finished sixth, while Ayton Simmons won a dicey race-long battle with Carlin’s Zane Maloney for seventh place after both made great starts from the back of the grid.