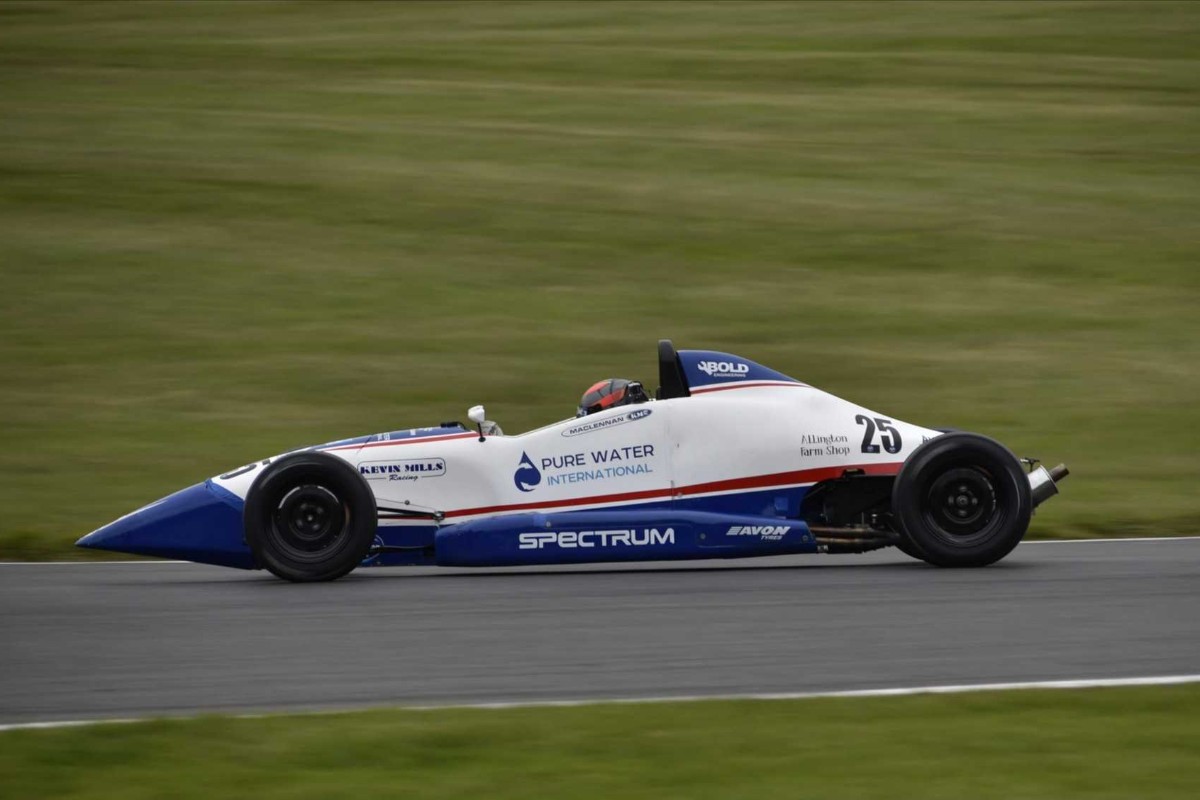 Conditions were dry despite a lunchtime shower, but cold and windy compared to the pleasant weather that graced the Kent circuit in the morning.

Low Dempsey Racing’s Bryce Aron started on pole and got a solid start, but was passed by Middlehurst coming into Clearways on the opening lap.

Maclennan got past Martin shortly after for fourth, as Aron made an error at Paddock Hill Bend in the early phase of the race to allow LDR team-mate Jonathan Browne to get by.

From there, Maclennan was able to progress through the pack and eventually worked his way past Middlehurst as they approached the halfway mark of the 15-minute race.

Maclennan’s pace wasn’t stellar out front and that allowed a train of eight cars to form at one point for the lead.

As the race came to its conclusion, Maclennan, Middlehurst and Martin were able to pull away and challenge each other several times throughout – mainly into Paddock – but the trio finished in that order.

Behind, Browne came out on top of a battle with Aron and Rory Smith over fourth, while Morgan Quinn dropped back towards the end of the race.

Jamie Sharp climbed up from 15th to eighth, ahead of Michael Macpherson and Stuart Gough, while Castle Combe FF1600 champion Luke Cooper slipped down to 11th.

In the BRSCC Northern FF1600 classification, Samuel Harrison came out on top in a scrap for 18th place with Peter Daly by less than three tenths of a second, as some of the runners started to affect the leaders in traffic towards the end.