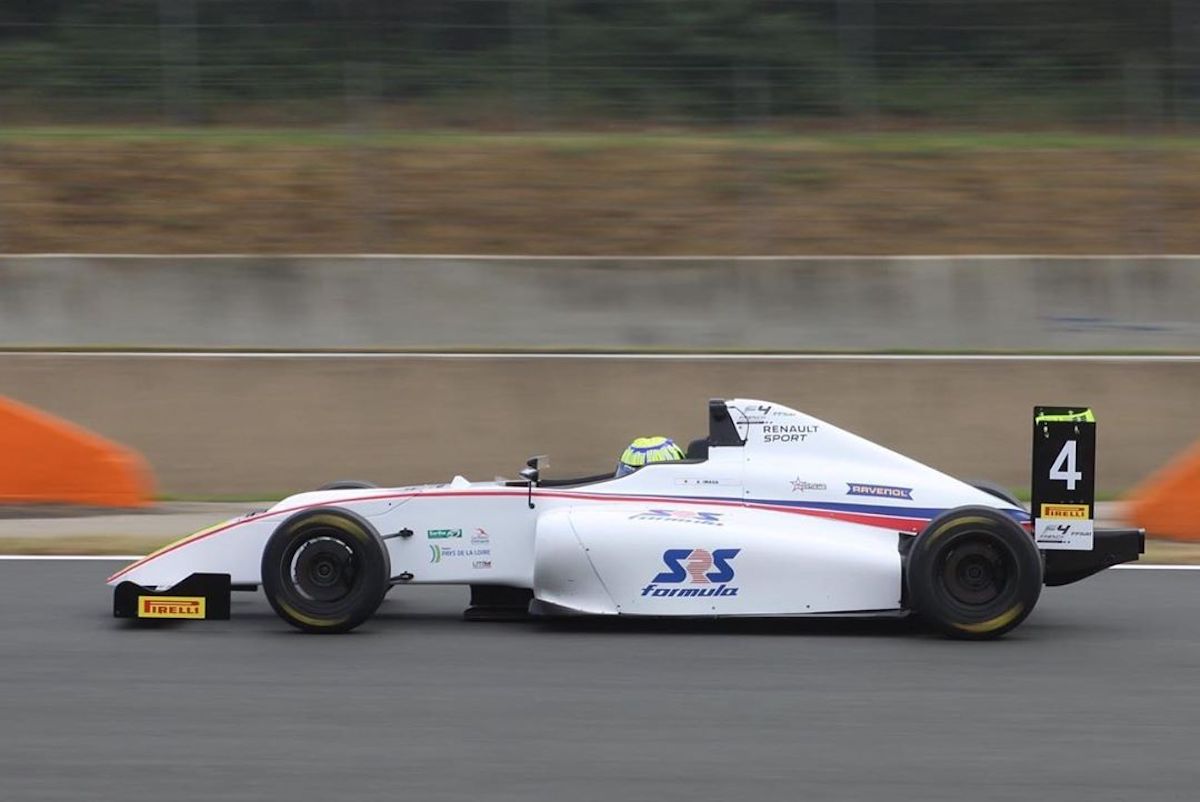 Ayuma Iwasa took a commanding victory in the first ever French Formula 4 race at Zandvoort to move back into the championship lead.

Starting third on the grid, Iwasa took the race lead off the line as polesitter Marijn Kremers and championship leader Ren Sato battled for second.

By the time Kremers had put Sato firmly behind him, Iwasa had escaped up the road and had a comfortable gap back to the pole sitter.

That gap was quickly reduced to nothing when Owen Tangavelou and Daniel Ligier came together at turn three while battling just outside the top 10. Both cars were left stranded at the side of the track, prompting the first safety car of the weekend.

On the restart, Kremers couldn’t keep with Iwasa, who again pulled away and set the fastest lap of the race on his way to finish 1.563s ahead of the Zandvoort local.

Kremers didn’t have to worry about Sato, however, as the early championship leader was stuck defending against Isack Hadjar. Hadjar pushed Sato hard, at one point managing to get alongside him, but couldn’t make a move stick. He finished less than half a second behind Sato to take his fourth top five finish of the season.

Rafael Villagomez climbed up to fifth, just ahead of rookie winner Valentino Catalano and Loris Cabirou.

Peklin had been running towards the front of the field in the first half of the race, but fell backwards after being passed by Catalano late in the race, eventually finishing ninth, behind Sami Meguetounif, while Romain Leroux completed the top 10.