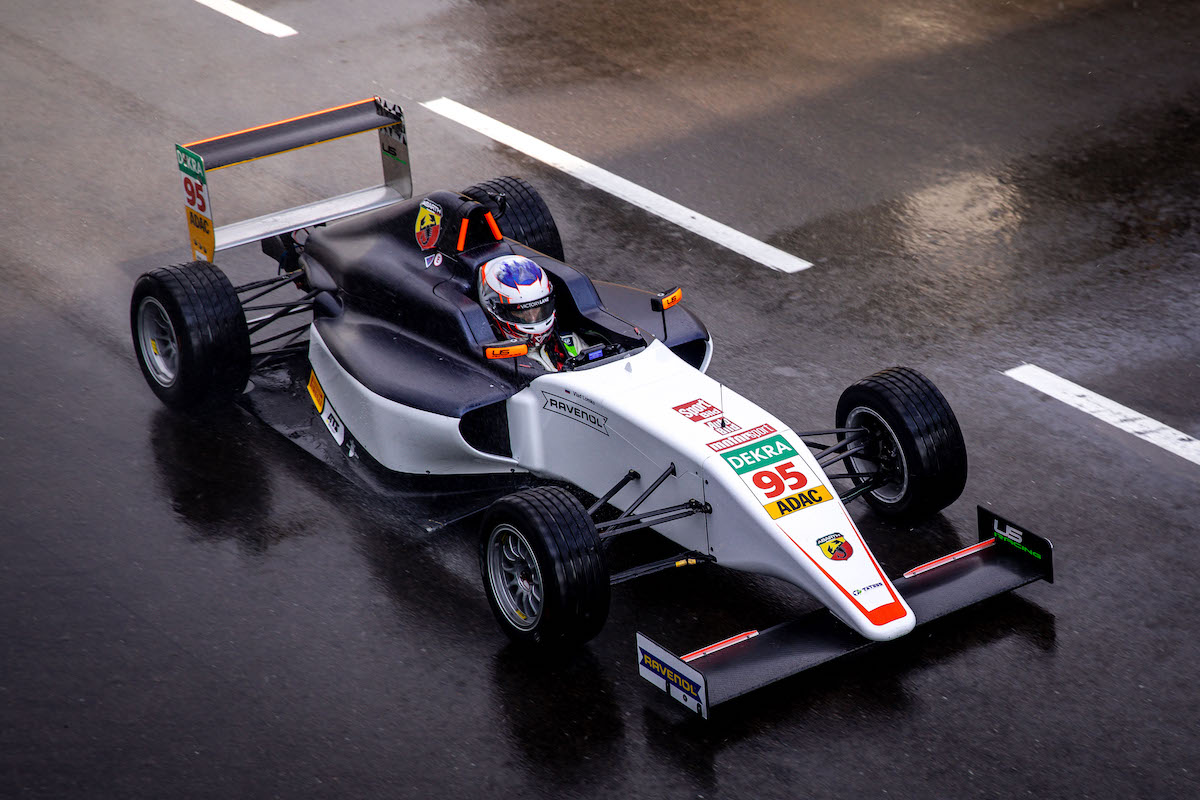 Vlad Lomko earned his maiden victory in car racing after dominating a rain-soaked reversed-grid ADAC Formula 4 race at the Nurburgring.

The opening lap of the race took place behind the safety car due to the horrendous conditions but resumed on the second lap with 15-year-old Lomko starting from reverse-grid pole.

Lomko broke clear at the start of the race as fellow Russian front row starter Artem Lobanenko broke early into Turn 1 and was mugged by Tim Tramnitz and Francesco Pizzi.

Lobanenko’s ever-fading hopes of scoring a maiden ADAC F4 podium were ended when he was spun around at Turn 2 by his R-ace GP team-mate Victor Bernier a lap later.

US Racing’s Lomko continued to dominate out front until Joshua Duerksen beached his Mucke Motorsport-run machine into the gravel at the final corner and brought out the safety car.

With just over seconds on the clock, the race was ended behind the safety car with Lomko taking the chequered flag for the first time in his maiden year in car racing.

Tramnitz earned his maiden podium in second place ahead of Red Bull junior Jak Crawford and team-mate Ollie Bearman. Elias Seppanen made it four US Racing cars in the top five.

Championship leader Jonny Edgar could only make it to sixth place ahead of Kirill Smal and Josef Knopp.

The top 10 was completed by Lobanenko and Mexican Erick Zuniga, while Pizzi joined Duerksen in retirement with suspected mechanical woes.