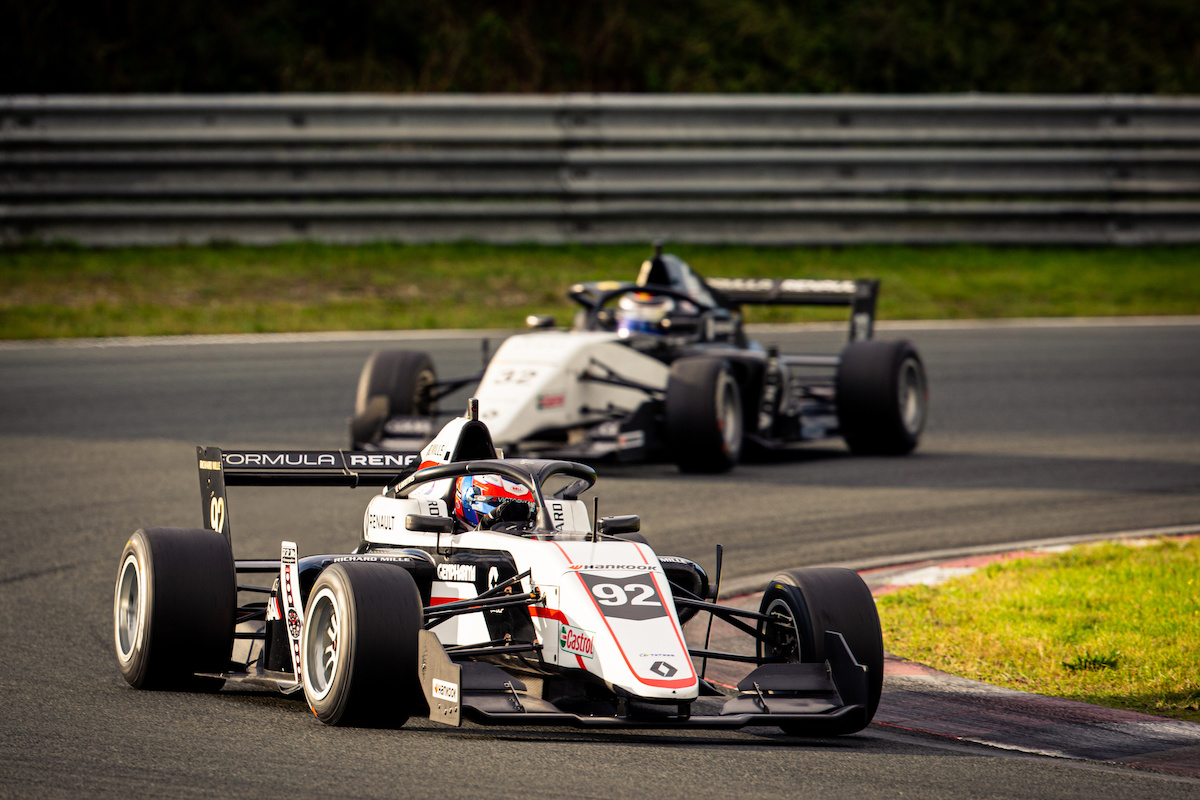 ART Grand Prix’s Martins notched up his fifth pole from the first nine races of the season in a session dominated by the two title protagonists.

JD Motorsport’s William Alatalo brought out the red flag just before the halfway mark in the session when he nestled his car into the barriers.

When the session resumed, it was championship leader Martins who topped the leaderboard with a benchmark of a 1m31.215s – enough for him to earn his 16th pole in the championship.

Spanish karting graduate David Vidales was the highest-placed rookie in fourth position ahead of another Renault junior, Hadrien David.

Alex Quinn rounded out the top 10 for Arden while Roman Stanek was 15th fastest for MP in his maiden Eurocup qualifying session.