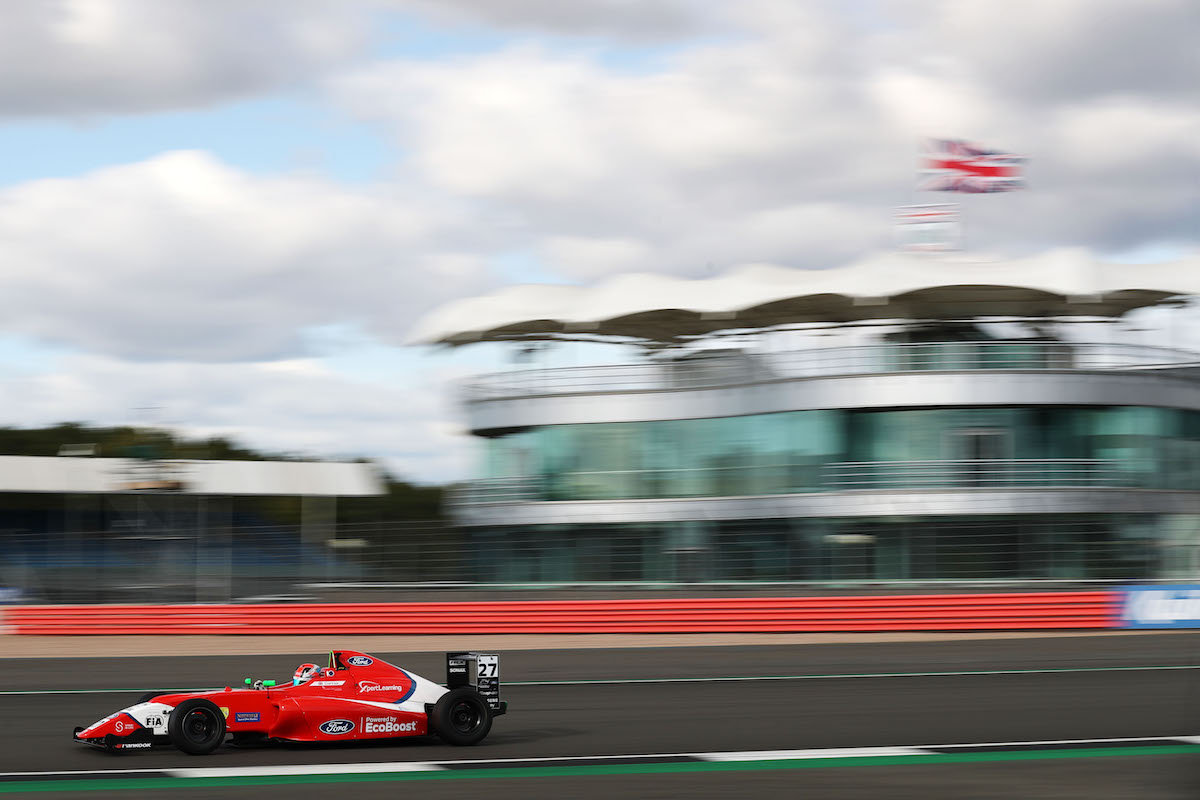 Alex Connor picked up his first pole positions of the British Formula 4 season at Silverstone while championship leader Luke Browning could only manage fourth in qualifying.

Connor has been on the pace throughout testing and practice at the Silverstone national circuit and continued the strong form in qualifying.

The Arden driver was third quickest after the first round of times, but soon found improvements to jump to the top of the order with a 56.284s lap, almost 0.2s ahead of early pace setter Browning.

All the drivers found improvements in the second half of the session and Connor lowered the benchmark to 56.256s by the end of qualifying.

His second fastest lap time was also enough to put him on pole for the third race of the weekend.

Casper Stevenson jumped up to second late in the session, finishing 0.031s behind Connor. Zak O’Sullivan out performed championship rival Browning to go third quickest, with the Fortec driver to line up just alongside.

Thruxton race winner James Hedley could only manage fifth quickest. Team-mate Abbi Pulling will start alongside him  – but ahead of Hedley for race three in the only change to the grid from race one.