Home Formula 3Euroformula Ye claims pole, but is under investigation, in Euroformula Q2 at Monza
EuroformulaNews 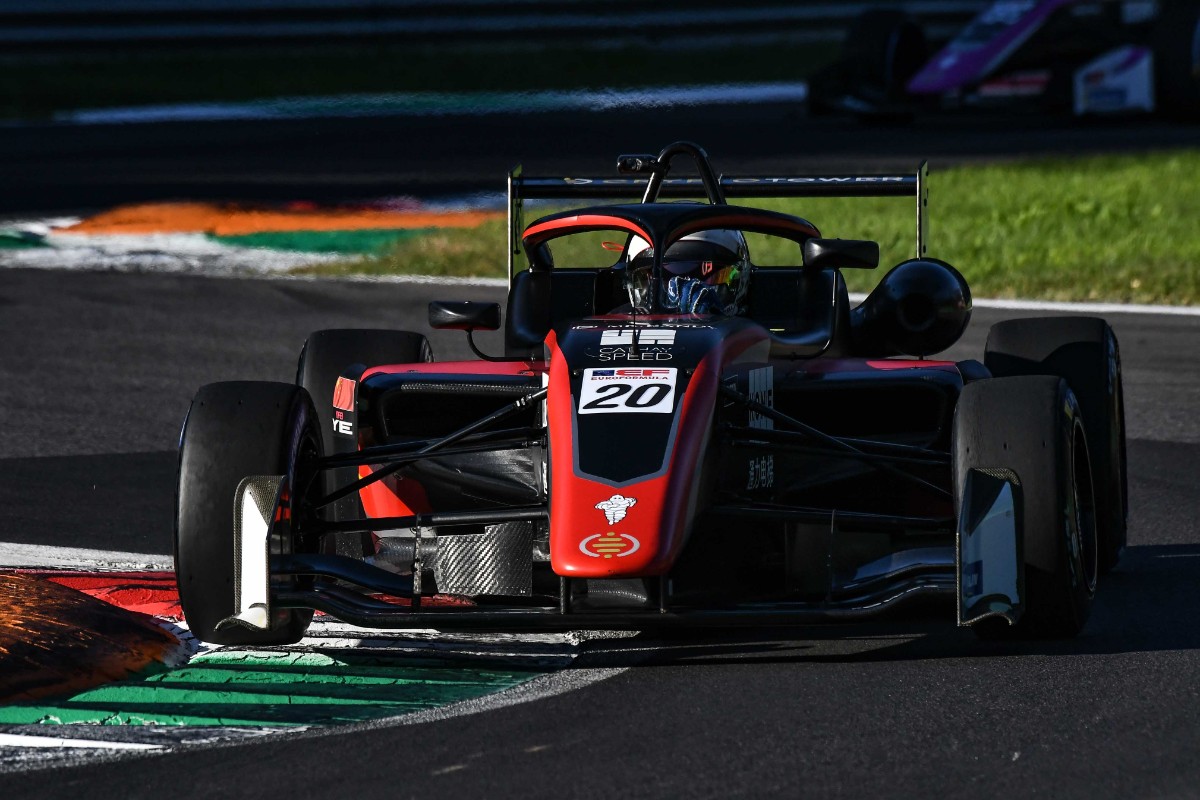 Yifei Ye set the pace again in the second Euroformula qualifying session at Monza, which descended into chaos among Motopark’s expansive line-up.

Motopark has three drivers for its own team, and runs three cars for Japanese offshoot CryptoTower Racing Team.

As in the earlier qualifying session that set the grid for race one, CryptoTower’s Ye and Lukas Dunner worked with each other to ensure they both got tows on each lap, usually swapping places on the run to Ascari.

However a loose moment for Dunner at that corner shortly after he passed Ye threw the team equation into disarray and enabled Motopark’s Manuel Maldonado to close in behind.

Maldonado was on Ye’s gearbox through Parabolica, and he then tried passing the provisional poleman into the first chicane on the next lap. Ye covered the inside to defend at almost exactly the same time, then swept back to the racing line before entering the corner.

Contact was avoided, but it then handed Dunner a big gap and as the two behind closed in it also brought in CryptoTower’s third driver Rui Andrade. He passed Maldonado, then ended up moving to the front of that pack when Dunner allowed his team-mates through.

Andrade’s move to let them past came so late into Ascari though that he didn’t turn in to the corner and ended up driving through the gravel and then spinning in the grass at the exit of the high-speed chicane.

Ye was now up front, and when he tried letting Dunner through he initially didn’t make the pass. When he did, he received the benefit of the tow and was improving on his lap until the final sector. Out of the madness, Ye was still on pole by 0.268 seconds.

Double R Racing’s Ayrton Simmons, without a team-mate to work with, impressed with the fifth fastest time and was just 0.001s off fourth.

Cameron Das ended up being the top Motopark driver in sixth, ahead of VAR’s Alexandre Bardinon and Maldonado. The incident between Maldonado and Ye is currently under investigation.

Niklas Krutten was the slowest of the Motopark drivers in ninth, and Glenn van Berlo completed the top 10 in the sole Drivex School entry.

Carlin’s drivers worked together for the benefit of the tow, but Ido Cohen and Zane Maloney could only manage 11th and 13th place on the grid.