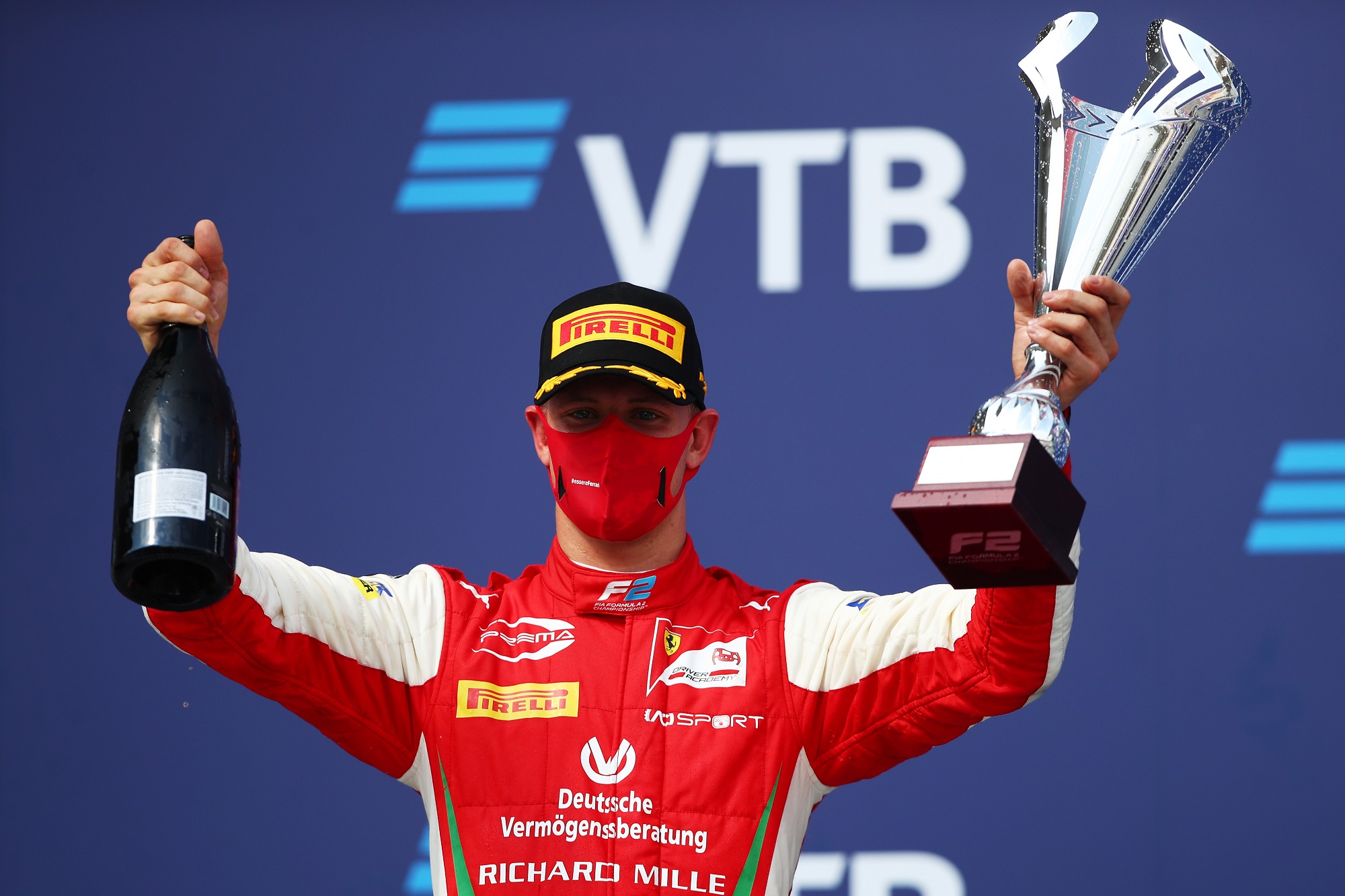 Mick Schumacher has explained the ‘messy’ late pitstop call that inadvertently led to a slow pitstop for his Prema team-mate Robert Shwartzman in the Formula 2 feature race at Sochi.

Championship leader Schumacher was jostling for the race lead with polesitter Yuki Tsunoda when the duo – along with third-placed Callum Ilott – all elected to make their mandatory pitstops on lap nine.

Schumacher made a late decision to come into the pits after initially informing his Prema team that he was going to run one lap longer. This led to frenetic scenes in the pits as Prema boss Rene Rosin frantically gesticulated to his mechanics from the pit wall.

“I think it was a bit of a messy call from my side,” Schumacher admitted after going on to win the race and extend his advantage in the standings. “I think the straight before, I got the call to pit and I said ‘no, I can go longer’, but then coming into the last sector I felt my rears suddenly lighting up, so I was a bit confused.

“So I called for a pitstop and I saw everybody ready to pit too, and I just went to the pitlane and called the pit entry. So the team was a bit surprised I guess, but they managed super well, so I’m very happy about that. It could have been very wrong, but it went right, so that’s what counts in the end.”

Shwartzman, who was running in the lower reaches of the top 10, was not so lucky as he came into the pits on the same lap and suffered a slow pitstop when his right-rear tyre wasn’t attached properly. Prema admitted this was a result of the “communication mistake”.

With the Premas double stacking, Ilott suffered and was held for an extra couple of seconds by his Virtuosi Racing team to allow the Prema-run machine to pass. With the benefit of hindsight, Ilott wishes he attempted to undercut the leading pair.

“If I wanted,” Ilott said when asked if he could have taken his tyres longer. “But in hindsight, I really should have gone one lap earlier, with everything that happened in the box, and these guys pitting at the same time, probably would have done that.

“We all had a similar thing where you come to the last sector and the rears are a little bit loose and that just changes your mind from going longer to coming in. I had the option to come in whenever I wanted because my team-mate [Guanyu Zhou] was doing the opposite strategy.

“So I made the call, saw the others go in, and I was like ‘urgh it’s not ideal but I’ll take it anyway.”

Ilott pipped F2 veteran Ghiotto to take the final place on the podium by just 0.025 seconds to limit the damage done to his title hopes by Schumacher’s second race victory of the season. Eighteen points separate Schumacher and Ilott with five races of the 2020 season remaining.