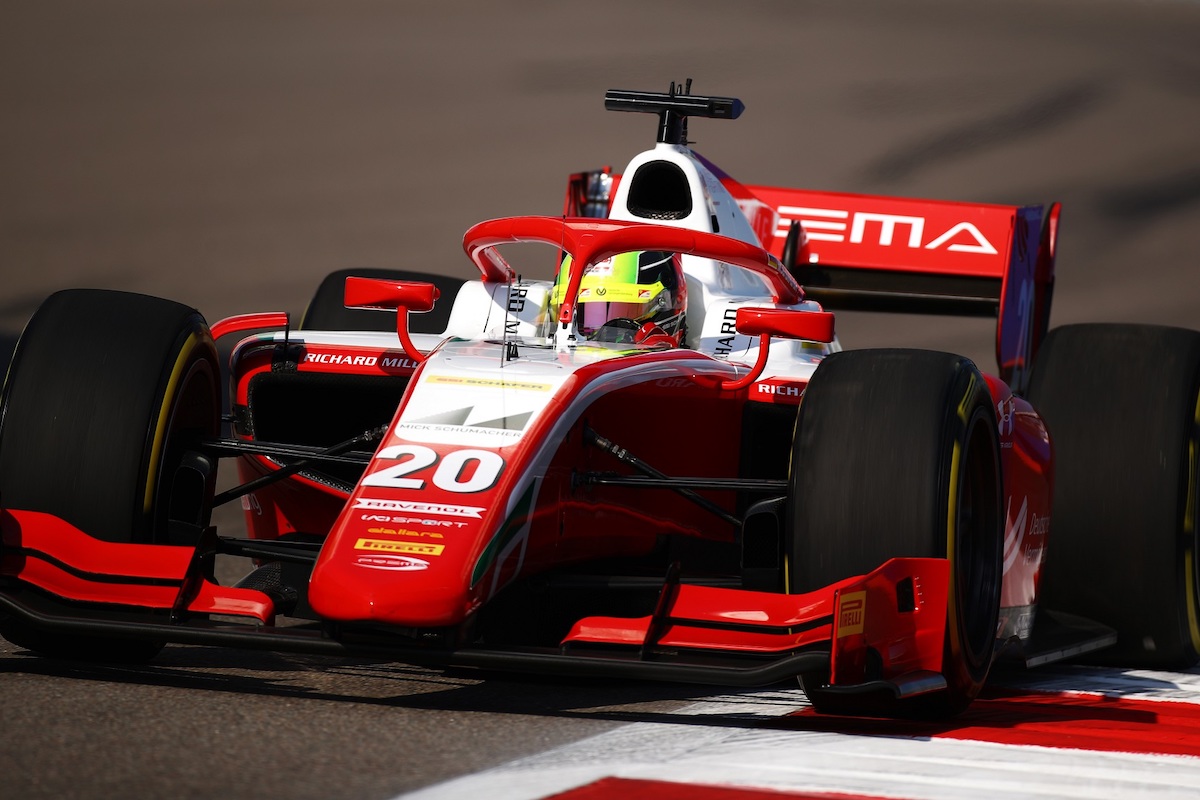 Mick Schumacher extended his championship lead with victory in the Formula 2 feature race at Sochi.

The Prema driver managed his tyres well to sweep past pole sitter Yuki Tsunoda in the second half of the race and pull out of DRS range of those behind him.

Title rival Callum Ilott held onto third as he went side by side on the start finish straight, while Schumacher’s team-mate Robert Shwartzman finished outside the top 10.

A strong start from Schumacher allowed him to jump Jehan Daruvala to take second off the line. He stuck with Tsunoda through the first half of the race, but didn’t attempt to make a move until after the mandatory pit stops.

Having started on the soft compound of tyre, all the frontrunners came in to pit early for the harder tyre. Tsunoda, Schumacher, Callum Ilott, Luca Ghiotto and Shwartzman all pitted on the same lap, meaning Prema would have to double stack their drivers.

Tsunoda came out of the pits with the net race lead, with Schumacher and Ilott close behind.

A slow stop for Shwartzman meant he plummeted down the order, and spent the second half of the race battling in the lower half of the top 10.

Tsunoda, Schumacher, and Ilott picked their way up through the order as those running the alternate strategy tried to make their hard tyres last.

Although Tsunoda appeared to struggle more than the Ferrari backed duo behind him to pick off the slower cars, he was still ahead by the time the alternate strategy drivers came into the pits.

That wouldn’t last long, as Schumacher and then Ilott swept past him on the same lap.

Tsunoda was able to keep pace with the race leaders and, as Schumacher extended a gap of over two seconds to Ilott, the Virtuosi driver was forced to defend.

It wasn’t until the final lap that Tsunoda would manage to find a way past Ilott to take second. Their battle had drawn in fourth placed Ghiotto, who tried to follow Tsunoda past. Ilott held onto the position, but Ghiotto managed to get alongside Ilott on the run to the chequered flag. Ilott just had his nose ahead as they crossed the line.

Daruvala recovered from a difficult mid-race to finish fifth ahead of Jack Aitken, who had been running the alternate strategy and spent most of the race defending against Guanyu Zhou.

Aitken led after the front runners pitted, but was constantly under attack from Zhou. At one point Zhou managed to find a way past, only for Aitken to sweep back around the outside of the following corner and reclaim the position.

A small mistake from Zhou allowed Nikita Mazepin to take what was then second, and he regained the position once more in the fight after the pit stops. It was enough to put him seventh by the end of the race, while Zhou took reverse grid pole in eighth.

Marcus Armstrong and Dan Ticktum passed Shwartzman in the closing stages of the race to take ninth and 10th.

Jake Hughes finished one place behind Shwartzman in 12th in his first ever F2 race, three places in front of his HWA team-mate Artem Markelov.

Christian Lundgaard was taken out of the race in an incident at Turn 2 on the first lap that also involved Juri Vips and the two Charouz drivers.