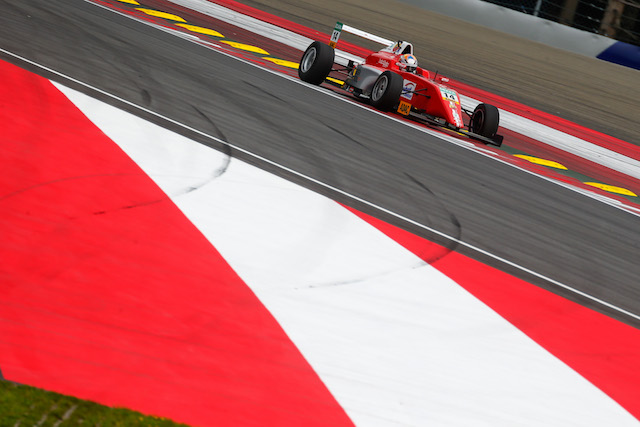 The Lechner Racing driver led from pole position and twice pulled a gap over second-placed?Juri Vips, only for that to be eliminated by a safety car.

He finished up 1.6 seconds clear of Vips, who jumped?Kim-Luis Schramm for second place at the start.

Joey Mawson had beaten Preining to pole position, but a 10-place grid penalty carried over from contact in the final Oschersleben race forced him to start 11th.

The Australian came through to finish fourth, two spots ahead of his nearest championship rival?Mick Schumacher, who was a lowly 15th on the grid after a poor qualifying.?Nicklas Nielsen split Mawson and Schumacher at the flag.

Mike Ortmann yo-yoed up from seventh to fourth and then back again.?Felipe Drugovich was eighth in front of?Michael Waldherr, while?Simo Laaksonen came from 20th to 10th.

The first safety car was caused by?Fabio Scherer tangling wheels with?Jonathan Aberdein at Turn 1, which sent him into a roll, hitting the barriers upside down but landing on his wheels. He was able to get out under his own steam.