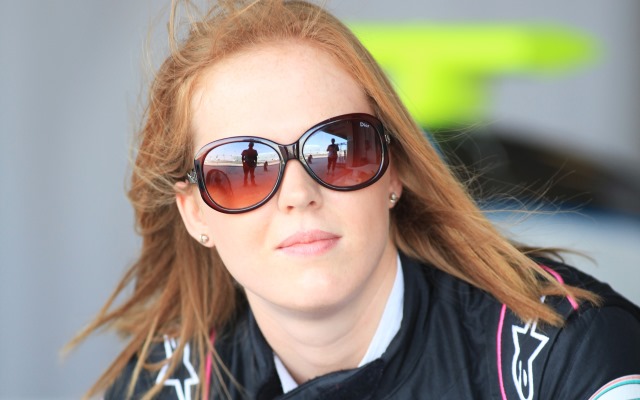 Alice Powell has clinched a late deal to join Carlin for the opening round of the British F3 season at Rockingham this coming weekend.

The 21-year-old spent last year racing in the F3 Cup and had been present at the British F3 media day at Donington last month in an F307-Toyota car but will now drive Carlin’s second F308-VW challenger at Rockingham. Sam Brabham had tested that car at Donington, but will be racing in Formula Ford at Thruxton this weekend.

She will be forced to race from the back as she will miss qualifying due to a Team GB skeleton trial.

“It will be a hectic weekend but I?m really really excited,” said Powell. “I?ve always wanted to race in British Formula 3 ever since I did Formula Renault so to get the opportunity to do it now and with the reigning champions is really good.

“I?ve got a trial for the Team GB Skeleton team on Sunday, so I?ll miss qualifying but be back for the first race. I?ll be starting at the back of the grid but aiming to get to the front as quickly as I can.

?A couple of years ago I tested an F308 at a very wet Silverstone, so I only have very limited experience of this car. Last year I did the F3 Cup which was in a F306 Toyota, so this is going to be quite a big difference. It?s been a while since I?ve competed at Rockingham, so I?m aiming to get up to speed as quickly as possible during practice on Saturday.?

Powell joins Li Zhi Cong at Carlin. Li is one of three Chinese drivers in what is at present only a seven-car field for the opening round. Carlin are running two of the older-specification F308s while Fortec and Double R are running three and two versions of the F312 respectively.