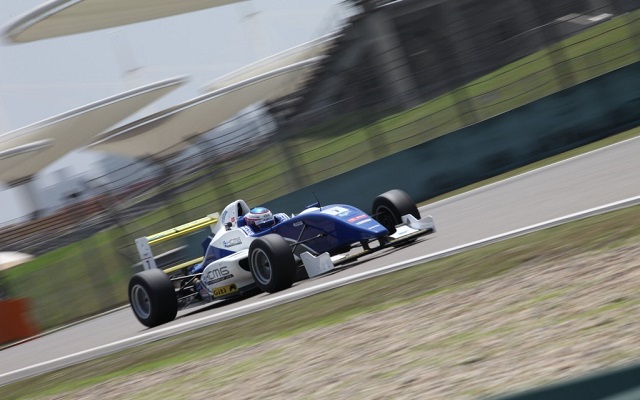 The Formula Masters China series has seen the addition of eleven more drivers to its roster, bringing the total tally of those signed to 18.

A third sophomore driver, Yin Hai Tao, was in-between the aforementioned drivers in the series last year in 11th place, having driven the Team Ukyo/Super License squad. Prior to that, the 27-year-old had received the “Best Chinese Driver” award in 2011 in the China Scirocco R-Cup. Completing the quartet?is?Miao Hua, a member of the Star Junior Racing Academy,?who steps up to cars this year after winning the China karting championship last year.

Another new squad joining the series this year is Humpuss Junior Racing Team from Indonesia, who have announced two local drivers for 2014. ?Yasuo Senna Iriawan,?runner-up in the Asian Karting Open in 2011, joins the team after finishing 12th in the inaugural season of the Meritus-backed Formula BMW Asia Cup in 2013. He is joined in the team by compatriot Darma Mangkuluhur Hutomo, who finished seventh in the Asian Karting Open in 2011 and was 14th overall in the Asia Cup in 2013.

South African driver?Aston Hare joins previously-announced?Andersen Martono and?Mandla Mdakane at?Meritus GP for 2014. The 18-year-old won the JK Racing Asia Series in 2012. He was set to do a full German F3 campaign with EuroInternational in 2013, but ran out of funding after the first round and instead focussed on the Asia Cup Super 6 series, where he finished runner-up to?Arjun Maini. Meritus is set to have a four-car lineup for 2014, with the identity of their fourth driver yet to be confirmed.

Indian team Meco Motorsports returns to the grid, with a sole Indian driver Akhil Rabindra. In 2013,?The 17-year-old was a runner-up in the Toyota Etios Motor Racing Trophy, and finished fourth overall in the JK Tyre National Championship.?Rabindra earned a selection to FIA Institute’s 2013-14 Young Driver Excellence Academy, and made it to the top-25 finalists in Force India’s ‘One From A Billion’ talent hunt.

Ukyo Katayama’s Super License squad also have announced only one driver for the 2014 season, Japanese driver Yuja Motojima. The 23-year-old had previously finished fourth in Formula Challenge Japan in 2010.