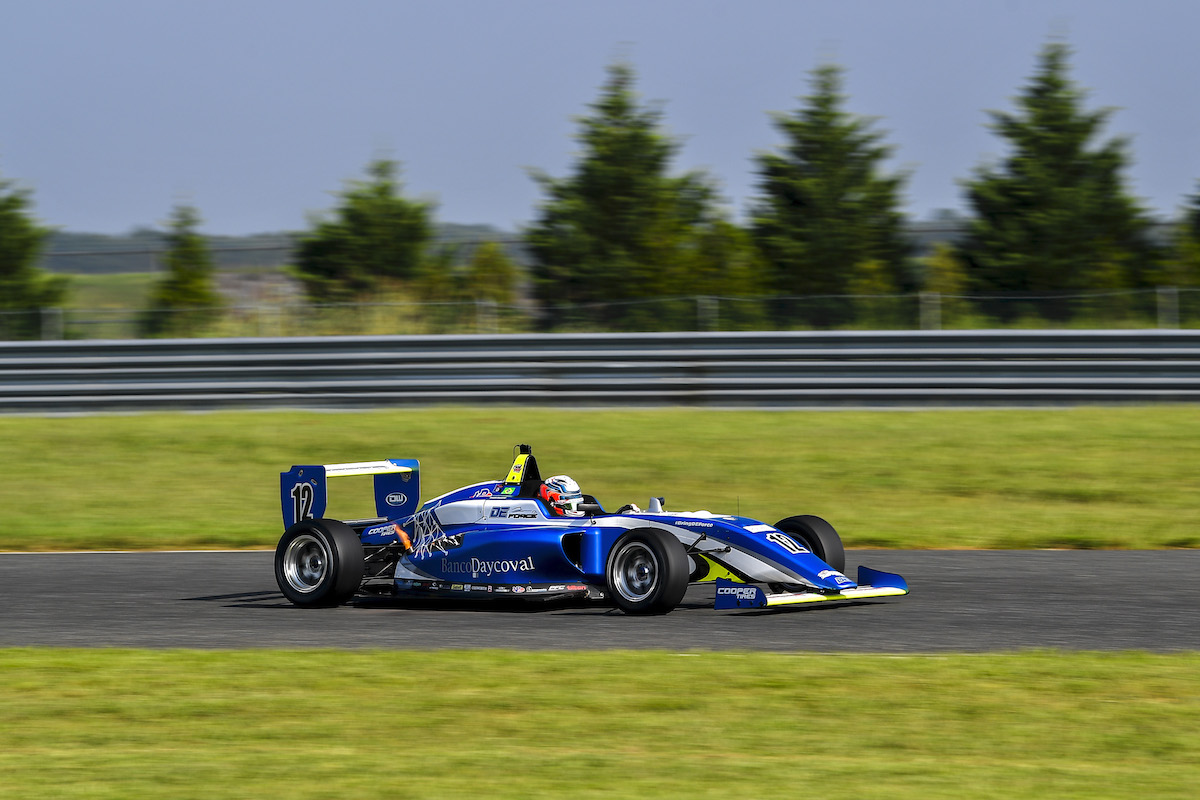 Kiko Porto added to his USF2000 lead with an imposing win in race one at New Jersey Motorsports Park.

DEForce Racing’s Porto started second on the grid and managed to pass Yuven Sundaramoorthy around the outside of the first corner to take the lead.

Sundaramoorthy kept Porto under pressure in the early laps, but Porto then started to pull away and finished up 5.1731 seconds clear as he notched up his fourth win of the campaign.

Pabst Racing driver Sundaramoorthy had Christian Brooks, Josh Green and Michael d’Orlando all within one second of him but clung onto second place.

Josh Pierson lost a couple of spots at the start but got back ahead of Jace Denmark before the finish to take sixth, with Nolan Siegel not far behind in eighth.

Billy Frazer and Spike Kohlbecker were also on the move late on to complete the top 10 from 12th and 13th on the grid.