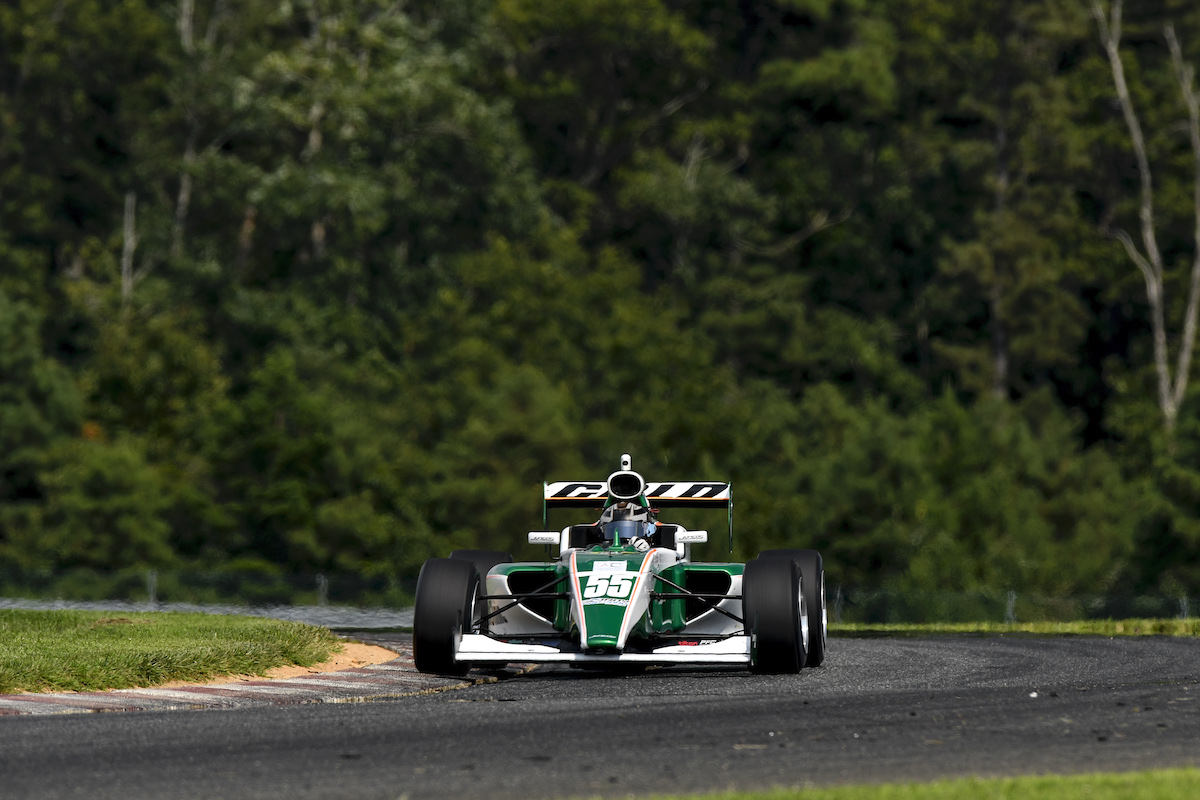 This was Juncos Racing’s second victory of the year after the one achieved by Manuel Sulaiman at Road America.

This first place helped Gold to strengthen his third place in the standings.

The Juncos Racing driver, who started the race from pole, held on to the lead after the green flag despite a big lock-up going into Turn 1, and was soon able to open a gap of over two seconds with the rest of the field.

Position changes happened a bit further down in the order with Jack William Miller and Jacob Abel moving up to fourth and fifth respectively.

Overtaking proved to be a very difficult task, as it took Artem Petrov six laps to pass Kyffin Simpson for ninth place despite having much better pace.

In fact, the Exclusive Autosport driver quickly closed the gap that separated him from eighth place, after he pulled off a brilliant move on Simpson around the outside of Turn 1.

In the meantime, McElrea reduced the gap to race leader Gold to under one second, but it wasn’t enough to attempt a pass for the race lead.

Championship leader Rasmussen crossed the line in third despite losing ground in the closing stages of the race, which led to him finishing just over one second ahead of Miller.