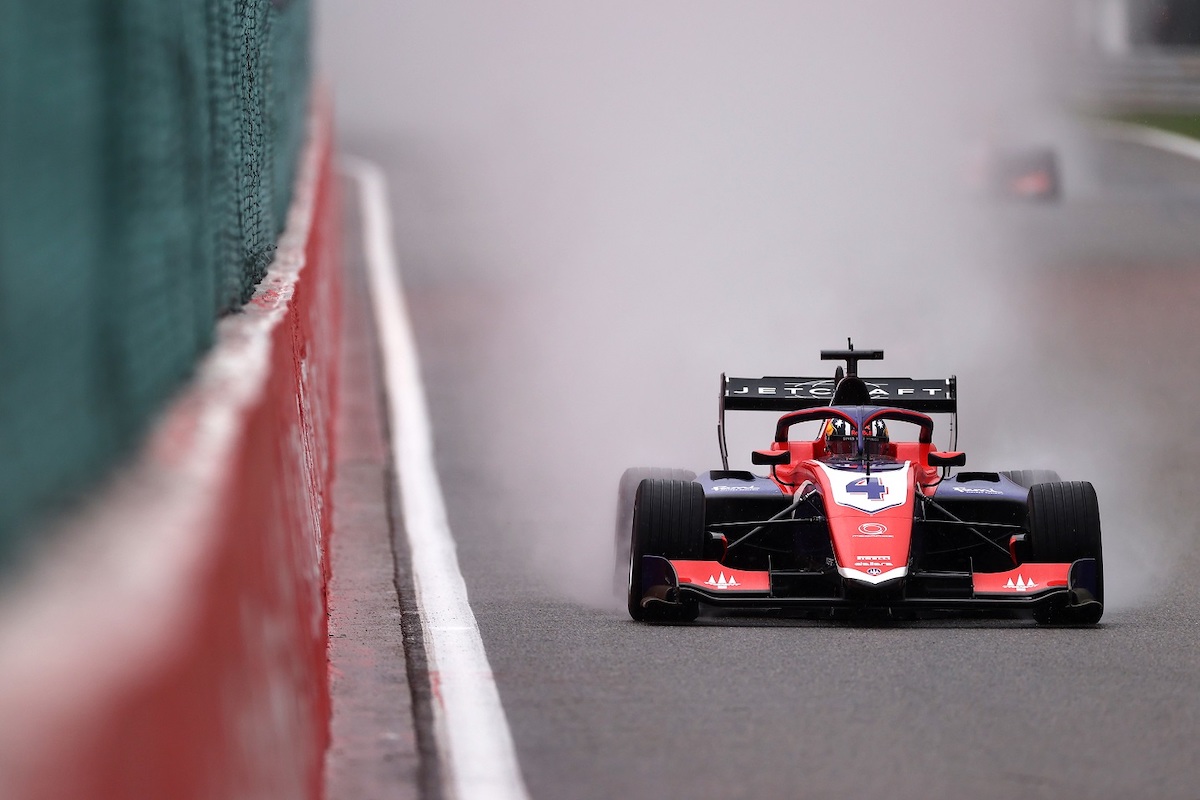 Jack Doohan took a hard fought victory against Victor Martins in the final FIA Formula 3 race at Spa-Francorchamps to close the gap to Dennis Hauger in the championship fight.

Martins pushed Doohan throughout and briefly took the lead mid-way through. The pair had been running side by side for a number of corners, but Martins ran wide with all four wheels off the track when he made his move, and he handed the position back to avoid a penalty.

After the incident, Martins continued to push Doohan but couldn’t find a way past again and would have to settle for second.

The victory for Doohan makes a significant dent in the championship lead of Hauger, who climbed up to eighth after a difficult qualifying.

Alexander Smolyar took third in a relatively quiet race. He couldn’t stick with the race leaders off the line and spent most of the race by himself. In the final laps, the charging Caio Collet began to challenge Smolyar for position, but he held on to take the podium finish.

The race started in wet conditions, with a number of safety car laps before racing got underway with a rolling start. There was very little movement early on as drivers focused on staying on track and spray made running close together difficult. Conditions improved over the course of the race, with the spray not quite as bad, but it wasn’t nearly enough to consider switching to slick tyres.

The main battle in the closing stages of the race was between Clement Novalak, Frederick Vesti and Logan Sargeant for fifth. Novalak ran wide a number of times and dropped back to sixth at one point, but was able to get back ahead just before the chequered flag to finish P5.

Hauger was one of the biggest movers during the race. He started P14 after a difficult qualifying, but carefully picked his way up through the order and was running well inside the top 10 by the halfway mark.

He became stuck behind David Schumacher for a time, who put up a strong defence but couldn’t hold off the championship leader and Hauger came through to finish eighth. Team-mates Arthur Leclerc and Olli Caldwell took 10th and 11th.