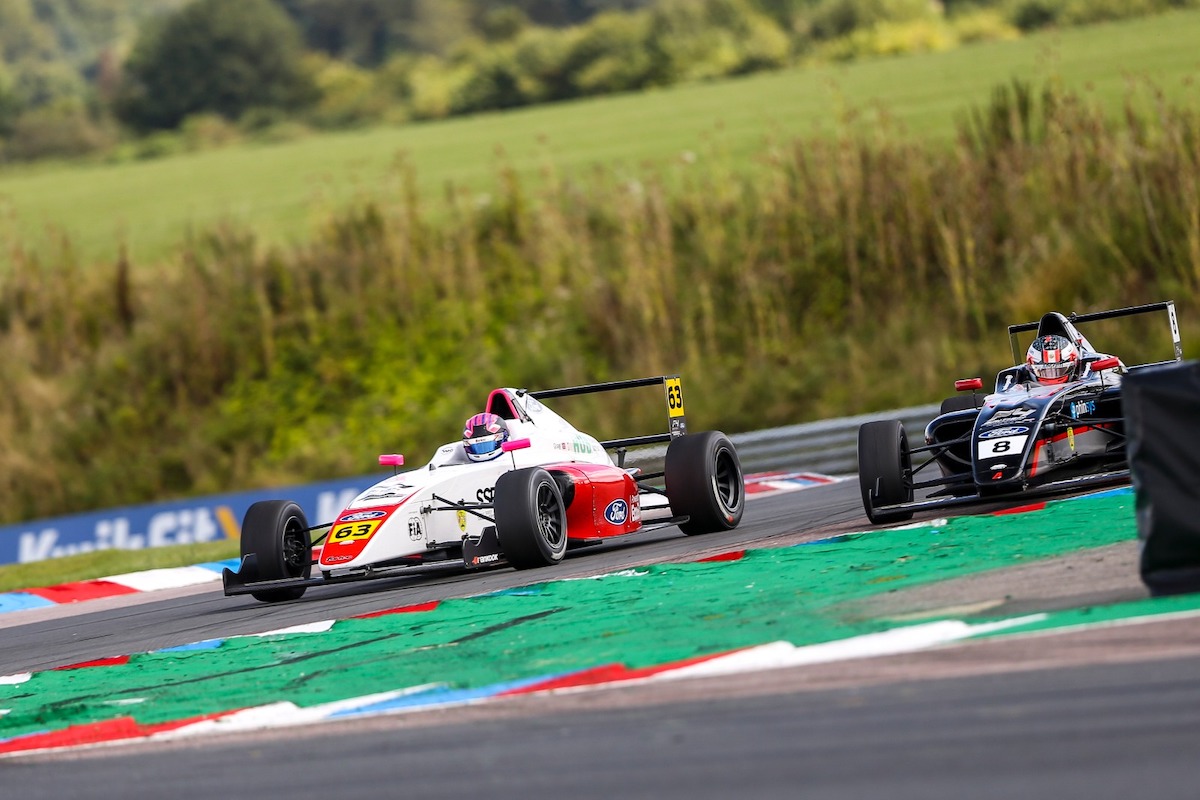 Mattias Zagazeta has lost his British Formula 4 race one victory at Thruxton after an appeal against a one-second time penalty was dismissed.

Zagazeta and Oliver Gray spent the race locked in a battle for the lead. Gray held the position on the final lap, only for Zagazeta to pull alongside him heading towards the Club Chicane.

There was no room for the two drivers to pass through together and Zagazeta skipped the chicane. He emerged just ahead of Gray and took the chequered flag before Gray had a chance to fight back.

The Argenti driver was deemed by race officials to have gained an unfair advantage by cutting the chicane. He was handed a one second time penalty to reverse the positions.

The penalty was contested, but Zagazeta and Argenti lost the appeal.

Gray was therefore handed his first victory in car racing, while Zagazeta slips to 10 points behind James Hedley in the championship fight.