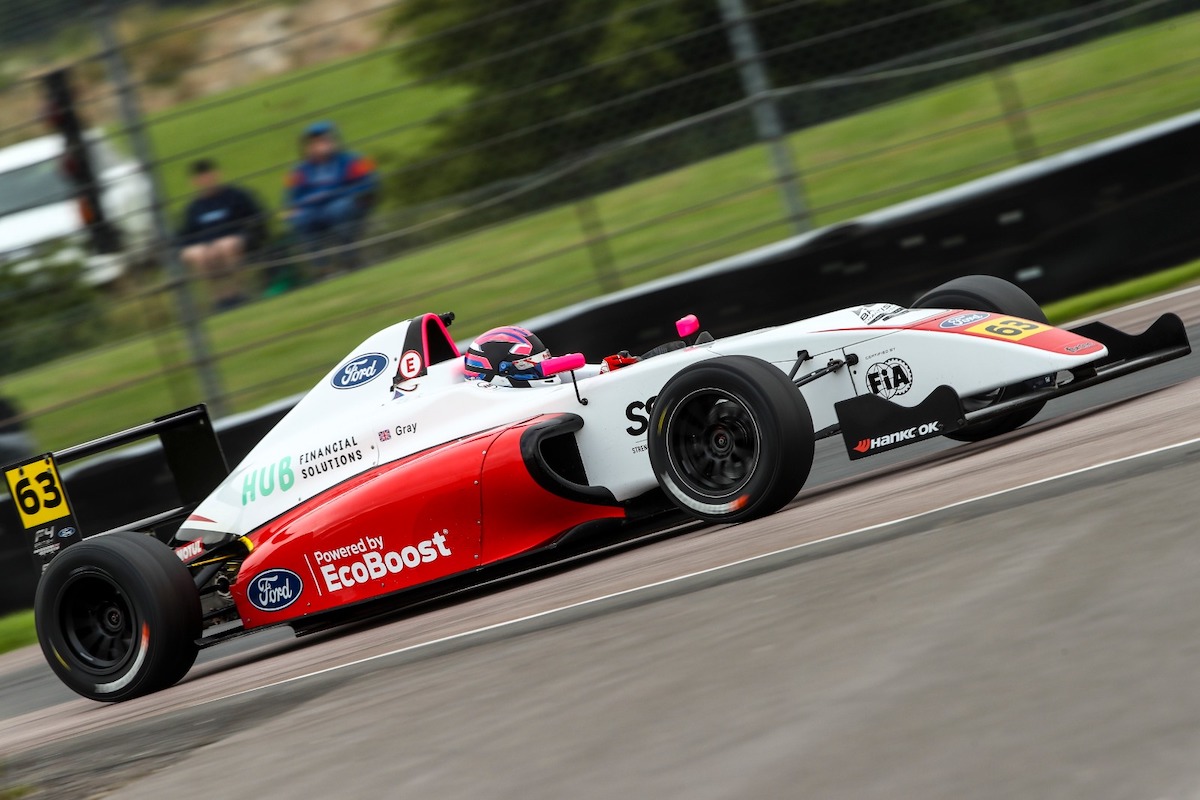 Oliver Gray claimed his first on-track victory in the British Formula 4 Championship in the third and final race of the weekend at Thruxton.

The Fortec driver, who inherited the race one win after a penalty for Mattias Zagazeta, spent the second half of the race locked in a battle with Joel Granfors for position.

The two team-mates came together at the chicane on the final lap and Granfors was sent clattering over the grass, but Gray was able to continue to take the victory.

Behind him came Zagazeta, who had had an equally intense battle with Matthew Rees for much of the race.

Gray started on pole and initially came under pressure from Abbi Pulling. Pulling was able to get alongside Gray a number of times and had her nose ahead a few times, but was never able to make a move stick.

She fell backwards and Granfors took up her position in the fight for the victory.

The race was neutralised not long after, when Pulling ran over the curbs and into the side of Zak Taylor. Taylor’s Arden-run car was sent into a roll, but he managed to get out of the car unharmed.

On the restart, Gray and Granfors pulled away from the battle for third but were soon reeled back in by Zagazeta and Rees. Pressure from Zagazeta on Granfors gave Gray some breathing room, and the two were nose to tail again on the final lap, when they made contact.

Granfors would be able to finish and came home third ahead of Aiden Neate, who had stayed just behind the drama at the front of the field and swept past Rees to take the position on the run to the flag.

Joseph Loake led a four way battle for sixth. He briefly lost the position to Dougie Bolger but was able to come back through to take sixth.

Bolger finished seventh ahead of James Hedley and Tasanapol Inthraphuvasak, while Pulling recovered to round out the top 10.