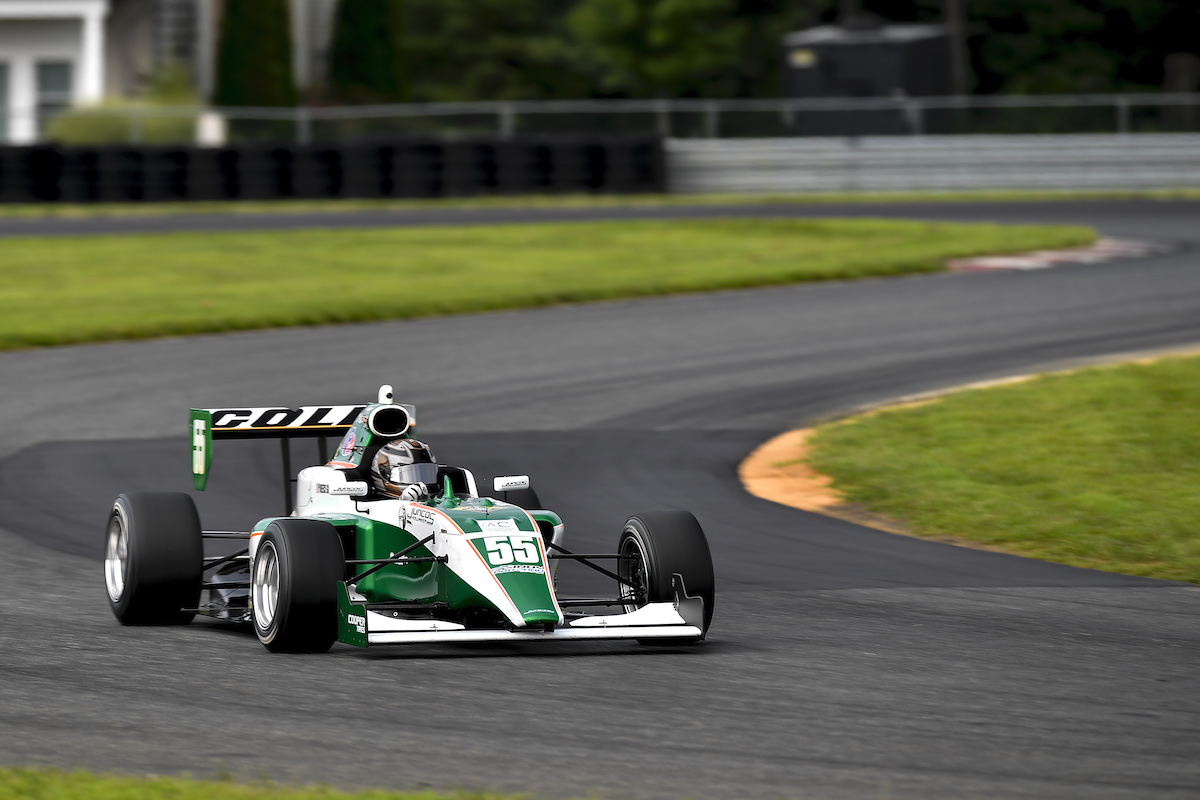 Reece Gold claimed his fifth pole position of the Indy Pro 2000 season in qualifying for the first race of the weekend at New Jersey Motorsports Park.

Hunter McElrea led for much of the 20-minute session as he gradually improved his time, getting down to a 1m13.5423s before he headed for the pits.

That was when Gold struck to claim pole position, setting a 1m13.3965s with just over five minutes left on the clock.

Artem Petrov spent time in the pits with an apparent issue, and although he returned to the track in the closing minutes he couldn’t improve upon 10th and last position.