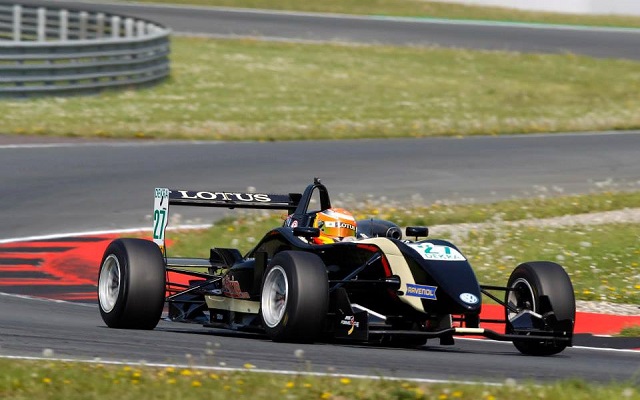 Markus Pommer made it two wins from three in the opening round of German F3 at Oschersleben, taking victory in the final race where Motopark locked out the podium.

The German was able to get the jump on pole sitter Nabil Jeffri and assume the lead into the second corner of the first lap.

The Malaysian spent the next several laps on the German’s heels, trying to gain the lead back, but was unable to do so as Pommer controlled race to the very end.

Indy Dontje made it three podiums on his debut weekend in the ATS Formel 3 Cup and rounded out a 1-2-3 for Motopark-run machines.

British?Sam MacLeod was the best of the rest in fourth ahead of teammate?Weiron Tan, who saw off the challenge from JBR’s?Nicolai Sylvest.

Andres Mendez came home seventh, ahead of the recovering Nikita Zlobin. Rounding off the field in ninth and tenth respectively were Maximilian Hackl and Sergey Trofimov, separated at the line by less than 0.2s.