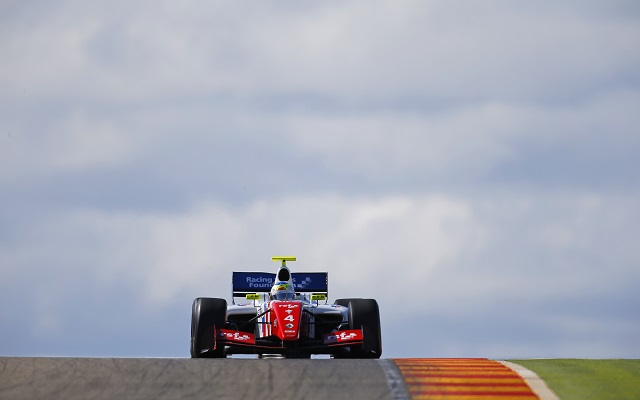 The Brit foreshadowed his late-session resurgence early on, leading the field to the midpoint of the running. However, he found himself shuffled down the field in the second wave of flyers, as Brazilian Fantin assumed the lead with two minutes to go.

The Draco driver’s effort was nearly enough for pole as he held first to the checkered flag, but a last-second lap from Rowland allowed the Brit to return to the lead.

Pierre Gasly seemed to struggle early on in the session, but managed to vault himself to the front in the closing stages of the session, eventually finishing best of the rest behind Rowland and Fantin.

On row two, the Frenchman will be joined by Strakka’s Will Stevens, with fellow Red Bull Junior Team member Carlos Sainz right behind Gasly in fifth.