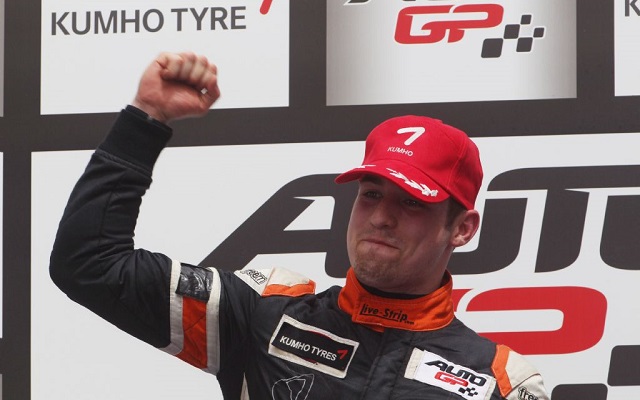 Markus Pommer has signed with Lotus to spearhead the Oschersleben-based squad?s four-car line-up for this season?s ATS Formel 3 Cup, the team has announced.

Pommer, who had originally planned on competing in this years GP3 Series with Russian Time, will dovetail his German F3 campaign with a season in Auto GP, where he currently sits second in the standings.

The 23-year-old returns to German F3, having competed in the series from 2009 to 2011 – finishing third third in his rookie season. He?s also a race winner in the now defunct FIA Formula Two Championship and has spent 2013 racing in the Porsche Supercup.

He returns to the series looking to make an immediate impact on the title race. ?No doubt, this year, I want to win the title,? he said. ?I?ve got a vast amount of experience in open-wheel racing and I?m driving for the reigning champions. We should be able to build on our old foundations in no time.?

Pommer is joined at the squad by series returnee Nabil Jeffri, ADAC Formel Masters graduate Indy Dontje and ex-Formula Renault 2.0 racer Andr?s M?ndez. Florian Herzog had been rumored to be in contention for the final seat with Lotus, but with the announcement of Pommer, will not take part with the team.

2013 was one of the most successful years to date for Lotus, as they won the teams and drivers title with Marvin Kirchh?fer. The latest edition of the ATS Formel 3 Cup will kick-off on Friday April 25 at Oschersleben.