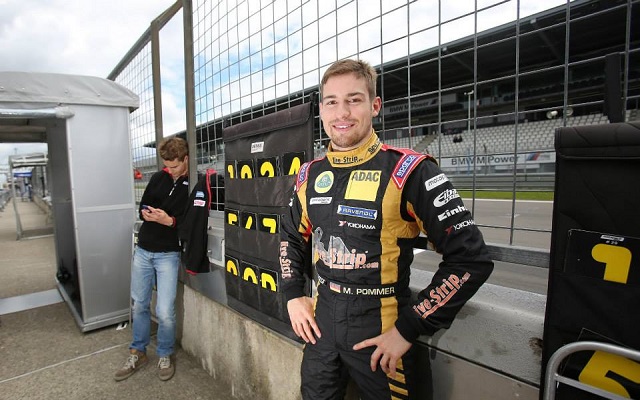 German F3 championship leader Markus Pommer continued to set the pace throughout the series’ fifth round at the Nurburgring as he picked up an easy double pole in qualifying.

Pommer was the only driver to lap below 1:23s, did so multiple times and ended up 0.4s clear of anybody else at the checkered flag.

Dutchman Indy Dontje made it a Lotus 1-2 on the grid of both race one and race three.

Van Amersfoort Racing’s Sam MacLeod took third, but will start race one from eighth due to a five-place grid penalty carried over from the previous round.

As such, Nabil Jeffri and Weiron Tan, who finished narrowly behind the Scotsman, will both move up a spot and make up row two.

For race three, MacLeod is set to take third and will be joined on the second row by his teammate Tan. Jeffri, Sylvest, Ling, Zlobin, Mendez and Hackl complete the top ten.