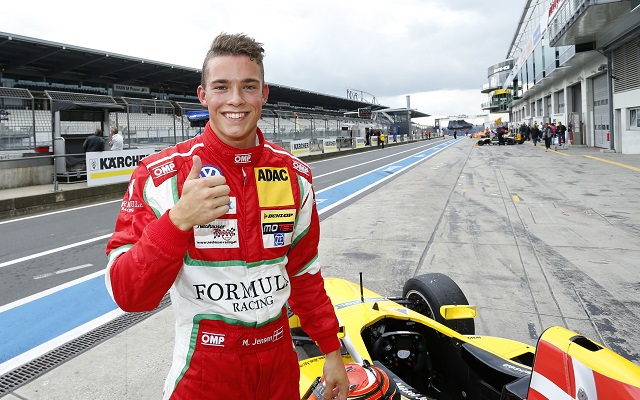 ADAC Formel Masters championship leader Mikkel Jensen confirmed his status as the runaway title favorite by claiming double pole in qualifying for round six at the Nurburgring.

The Dane took over at the top of the timesheets from Mucke’s Marvin Dienst in the beginning of the second half of the session and ensured double pole position with subsequent improvements.

It was a good session for Lotus rookies, with Joel Eriksson taking second overall and Dennis Marschall stealing third from Dienst in the final seconds of qualifying.

Dienst, however, will start ahead of Eriksson and Marschall in race two on second-best laps.

Jensen’s chief title rival Maximilian Gunther will start races one and two from fifth – a noted improvement from tenth in free practice. For both races, Gunther will be joined on row three by his rival’s rookie teammate Tim Zimmermann.