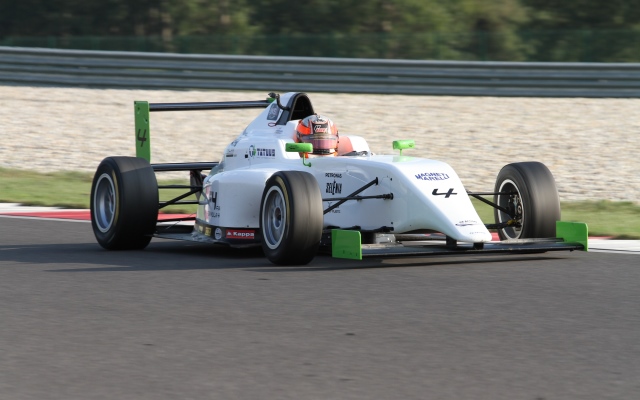 The ADAC has selected the Italian manufacturer Tatuus to supply the chassis for its Formula 4 series from 2015.

At the last round of the series at the Slovakia Ring, organisers ADAC staged a demonstration of the Tatuus chassis and an alternative from French firm Mygale.

Ahead of this weekend’s event at the Nurburgring, it was announced that Tatuus had been chosen. The company has supplied the new Italian F4 series this year, and their car was tested in Slovakia by reigning ADAC Formel Masters champion Alessio Picariello and team boss Hannes Neuhauser, whose driver Mikkel Jensen currently leads the 2014 standings.

“We looked long and hard at various chassis manufacturers, consulted with the teams and conducted a number of test drives. In the end, we came down clearly in favour of signing up Tatuus as our partner,” said ADAC Sports President Hermann Tomczyk.

Lars Soutschka, ADAC Head of Motorsport and Classic, added: “Tatuus impressed our organisation and the teams not only in terms of workmanship and the safety standards of their chassis but also the level of service that the teams can expect from them. We are already looking forward to a positive and successful partnership with Tatuus.”

A statement from Tatuus said: “We at Tatuus are very happy to have been chosen as the partner of ADAC to provide its cars for the new ADAC Formula 4 Championship starting in the 2015 season.

“It is a great honour for us to have this opportunity for partnership and collaboration with the ADAC. Germany has a long and prestigious tradition of famous drivers and competitive success and is a country that has a central place in world motorsport.”

The Mygale F4 car has been selected for use in Australia next year, while the French operation also supplies the majority of cars used in Formula Ford GB, which will also adopt FIA F4 regulations for 2015.