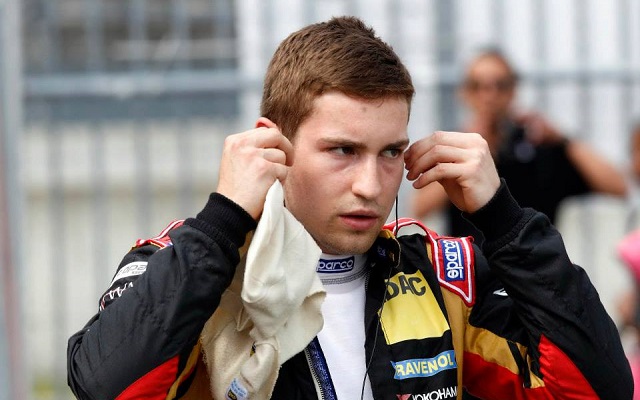 German F3 points leader Markus Pommer increased his advantage over rivals in the drivers’ standings by taking victory in the reverse-grid outing at Lausitzring.

Front row starters Andres Mendez and Weiron Tan fought for the lead over the opening lap, with Tan finally getting away in front, only to be overtaken by a charging Pommer shortly thereafter.

From that point on, Pommer was basically untroubled out front, as he ran at unmatched pace for the remainder of the 16-lap race.

Behind him, teammate Indy Dontje soon found his way past Tan to take second and, shortly thereafter, the Malaysian ended up losing a fair few places by running into the grass in the penultimate corner. On that very same lap, Mendez got loose in the final turn and spun around, falling to the back of the pack.

The rest of the race was pretty level out front, as Pommer gradually increased his gap to Dontje, who, meanwhile, kept Sam MacLeod at a safe distance in P3.

The three drivers made up the podium, with Nicolai Sylvest and Nikita Zlobin rounding out the top five.

Nabil Jeffri had a difficult race from the back of the grid and was involved in a late-race incident when he tried to overtake Tan for sixth and ended up making contact.

Both managed to resume the race – Tan finished sixth ahead of Maximilian Hackl, with Jeffri crossing the line in eighth and Mendez classified a lap down.

Munro remains unbeaten in FMCS with race one win