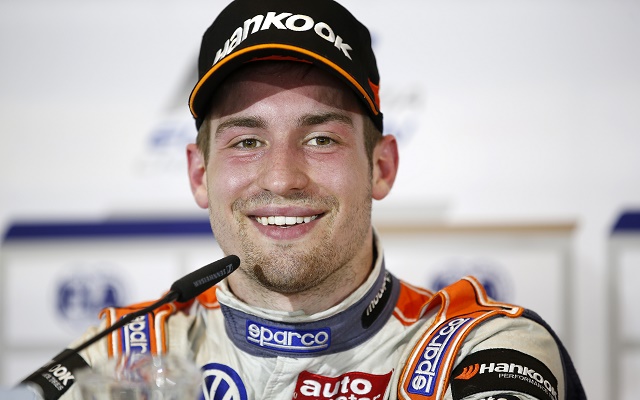 Markus Pommer was victorious in the final FIA F3 race at Zandvoort, taking his first win in a race that saw three near-consecutive safety car periods.

Pommer was into the lead after the start, having a better launch than pole-sitter Antonio Giovinazzi.

Green flag conditions lasted for four laps when Matt Solomon went off, bringing out the caution. And the the field did not escape the restart without any crashes either as Mikkel Jensen‘s damaged car brought out the safety car again.

The race was suspended for the third time right after the second restart, this time Gustavo Menezes and Nicholas Pohler making heavy contact. The German ran wide on corner exit, allowing the American to get alongside and the two ended up going across each other in a fairly serious shunt.

Pommer kept the lead throughout all the carnage and controlled the final restart to take the chequered flag, closely followed by Giovinazzi.

Santino Ferrucci ended up ninth ahead of Charles Leclerc, who has forfeited the championship lead to Giovinazzi, having entered the round with a 42.5-point lead.

Pommer’s victory serves as Motopark’s first triumph in the European F3 scene since 2011, that win also coming at Zandvoort.