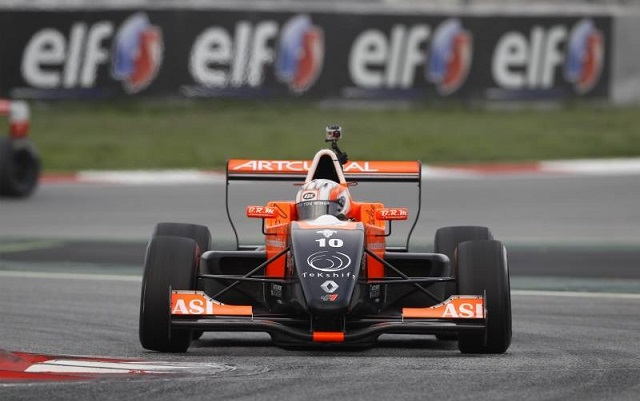 Championship leader Pierre Gasly has boosted his chances of winning the Eurocup 2.0 championship, as he secured pole position for the season finale at Catalunya with rival Oliver Rowland lining up fourth on the grid.

Gasly claimed his fourth pole of the season by pulling out a stunning late lap in the group A qualifying session, narrowly besting the existing benchmark set by Esteban Ocon. Nyck de Vries, yesterday?s race winner, dominated the prior group B session, preventing championship hopeful Rowland from starting on the front row.

Rowland is tasked with overturning an eight-point deficit to Gasly, for whom a second-placed finish in the final race will be enough to secure the title.

Ocon will take third on the grid ahead of the the Brit, with Tech 1?s Egor Orudzhev and ART driver Andrea Pizzitola sharing the third row.

* Luca Ghiotto will lose three places on the grid and, therefore, is set to start in P16