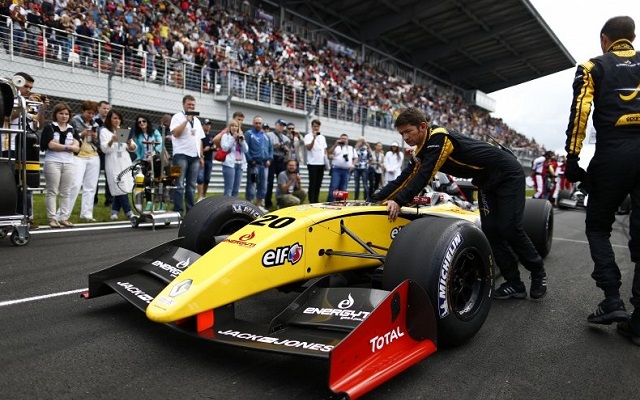 Formula Renault 3.5’s newly-crowned champion Kevin Magnussen has maintained his streak of perfect qualifying performances as he took his fifth pole position in a row in fog-affected Sunday qualifying.

The session kicked off in low-visibility conditions and saw multiple changes at the top over the first stint of timed laps. With Magnussen taking the lead as the drivers began to pit for the usual mid-session downtime, the session was soon red-flagged as the fog became more dense.

Following 20-minutes under red flag conditions, the drivers were allowed back onto the track. However, just then, light drops of rain became visible, and, as the fog hasn’t cleared and improvement seemed unlikely, the organizers were prompted to cut the session short.

As such, Magnussen’s record streak of pole positions was up to five straight, as he will start the afternoon’s race alongside Stoffel Vandoorne.

Christopher Zanella will start the race in sixth, ahead of Zeta’s Carlos Sainz and DAMS driver Norman Nato. Nigel Melker and another Zeta man Will Buller completed the top ten.

?
* Nikolay Martsenko will start the race in 24th due to a two-place grid drop