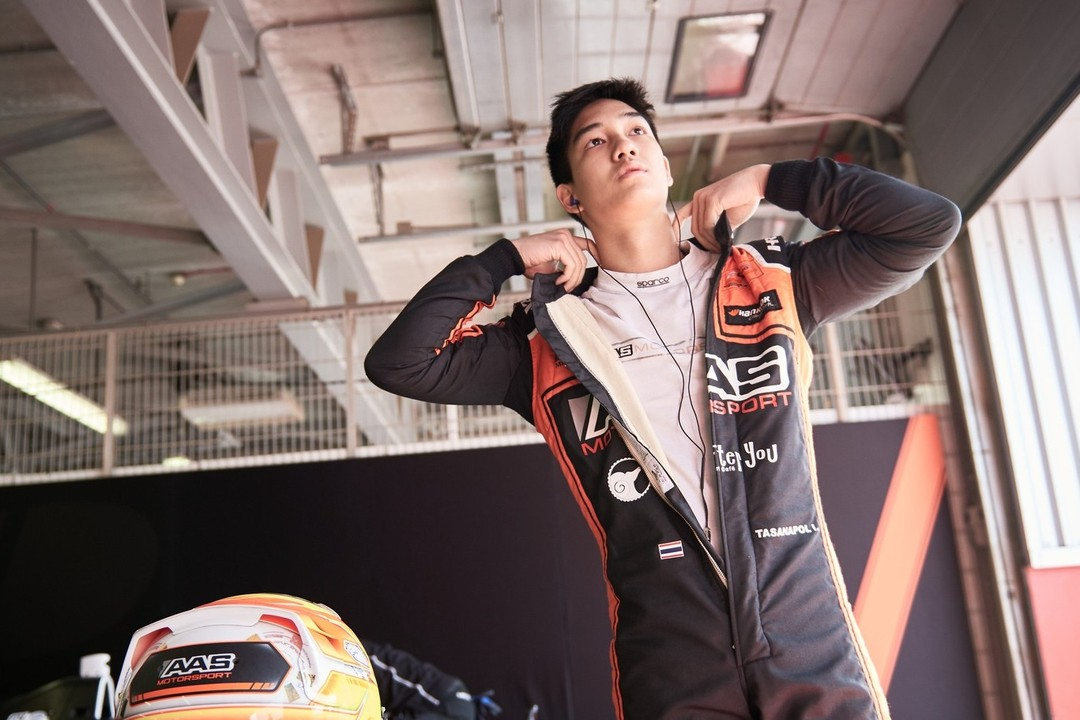 The Thai, driving for the alliance between Pinnacle Motorsport and Van Amersfoort Racing, was returning to FRegional machinery after racing part-time in last year’s Ultimate Cup Series.

Monday’s test action began with Prema’s Aiden Neate being first to set a lap, and trading top spot with R&B Racing’s Zhongwei Wang, but no representative laptimes were set until 18 minutes had passed when Sebastian Ogaard, driving for Hyderabad Blackbirds powered by MP, set a 2m00.237s.

Inthraphuvasak finished on top by 0.153 seconds over Boya, with R-ace GP’s Francesco Braschi, Levente Revesz and Matias Zagazeta filling the next positions and all within a quarter of a second of the pace.

PHM Racing’s Taylor Barnard was 0.418s back in sixth, and the top 12 were covered by a second.

Hitech GP missed the morning but participated in the afternoon, while Neate and team-mate Michael Shin were absent thereon and Wang also skipped session two. Replacing the Prema pair were Andrea Kimi Antonelli and Rafael Camara, driving for the Mumbai Falcons team that Prema provides technical support to.

R-ace’s Nikhil Bohra was first to set a representative laptime in session two, then there was a flurry of improvements as the top spot was traded between Bohra, Boya and Zagazeta.

That battle for first paused 13 minutes in to the hour-long session when Hitech’s Gabriele Mini went fastest by 0.579s with a 1m57.045s.

He stayed on top until the final nine minutes, as Zagazeta went quickest by 0.368s. In the final minutes they were both surpassed by Revesz, who led a R-ace 1-2-3 covered by 0.220s and consisting of Zagazeta and Bohra.

Mini was 0.515s back in fourth, with the top eight encompassed by a second. Failing to improve on their morning laptimes were Hyderabad quartet Boya, Ogaard, Sami Meguetounif and Brad Benavides, Pinnacle VAR duo Inthraphuvasak and Rafael Villagomez, Barnard and Braschi.

Antonelli and Camara were back out of their cars for session three and replaced by Lorenzo Fluxa and Kirill Smal.

Pinnacle VAR’s Pepe Marti was the early pacesetter before Revesz bettered him and then Mini went 1.651s faster than anyone just before the 10-minute mark.

Zagazeta then took over at the top for 10 minutes until Barnard set a 1m56.060s, and two further improvements kept him ahead for almost half of the session. He was eventually usurped by Inthraphuvasak, whose 1m55.450s lap put him 0.161s ahead.

Boya rose to third ahead of PHM’s Nikita Bedrin and Joshua Dufek, with Braschi and Ogaard the last two drivers within a second of the pace. Revesz and Zagazeta slotted into eighth and ninth overall based on their session two laptimes, with Bohra, Mini and Sebastian Montoya also failing to set their personal best lap in the final session.