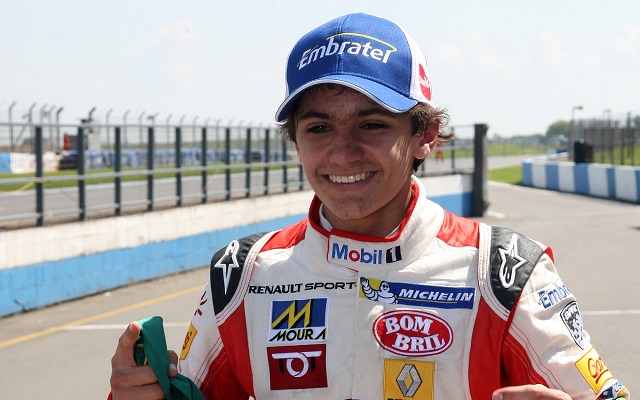 Pietro Fittipaldi has confirmed that he will race for Fortec Motorsports as he steps up to the FIA F3 European Championship this year.

That was his second year in single-seaters, having conducted a dual campaign in Protyre FR2.0 and BRDC F4 in 2013.

Fittipaldi undertook his F3 winter testing programme with Fortec at the end of last year, and is the British squad’s first confirmed driver for the coming season.

?I am really pleased to be joining the Fortec team,” said 18-year-old Fittipaldi.

“With Formula 3 on starting in April, this new relationship instils me with enormous enthusiasm and positivity for the coming year. I am looking forward to getting started and to build on the lessons and successes of last season.?

Fittipaldi was joined at Fortec during winter testing by fellow rookies Charles Leclerc and Arjun Maini, but the pair have both since signed with Van Amersfoort Racing. The team’s British F3 top pairing Martin Cao and Matt Rao could be potential candidates to fill the remaining seats having also run with the FIA series squad towards the end of last year.