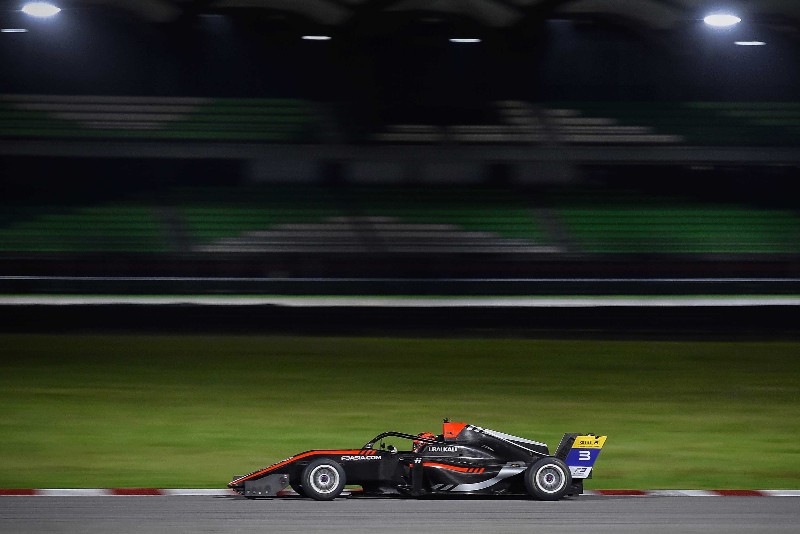 Hitech GP has confirmed a four-car line-up for the 2019-20 Asian Formula 3 season opener at Sepang this weekend that includes Formula 2 racer Nikita Mazepin.

The 2018 GP3 runner-up, who recently topped post-season F2 testing for Carlin, joined Hitech for the official pre-season test day along with FIA F3 Championship backmarker Alessio Deledda, and both have been signed for the opening round.

Joining them at the team is 2018 runner-up Jake Hughes and reigning champion Ukyo Sasahara, the latter as a guest driver due to his champion status.

Hughes has told Formula Scout that his presence is not confirmed for the full season, although a Hitech press release stated that the team “will field a four-car assault in the third season of the FIA F3 Asia Championship”.

Similarly, Sasahara is believed to only be in the car for one round for now as he is ineligible for championship points.

If any of the drivers fail to start the first race of the Sepang triple-header, where there are 16 cars on the entry list, then Asian F3 will become the first victim of the FIA’s new superlicence ruling in regard to grid sizes.

The ruling, as revealed by Formula Scout, is written below.

?Where fewer than 16 drivers start the first race of a competition in a championship, the number of points awarded to drivers for that championship shall be reduced,? the new ruling states.