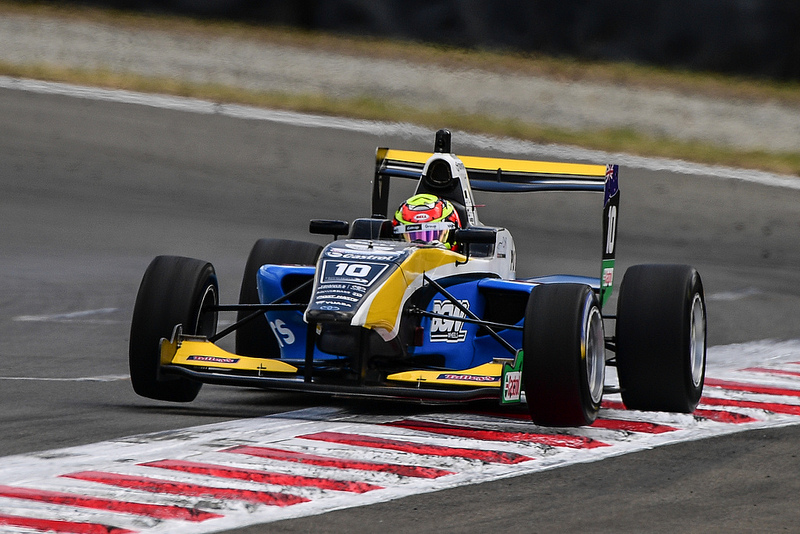 Liam Lawson will return to the Toyota Racing Series with M2 Competition in 2020 to defend the title he won this year.

The 17-year-old beat Ferrari Formula 1 junior Marcus Armstrong to the New Zealand Grand Prix and TRS title back in February on his rookie test, which earned him a spot on the Red Bull Junior Team.

He the spent the year racing in FIA Formula 3 Championship and Euroformula Open, with Red Bull stablemate Yuki Tsunoda as his Motopark team-mate in the latter. Tsunoda will join him at M2 for the 2020 TRS season.

?I?m really excited to come back and do another season of TRS!? Lawson said.

?To be coming back to race again in New Zealand is awesome.

“A lot has happened in the last 12-months, and a lot of it off the back of TRS last season.

Lawson is expected to return to FIA F3 next year with a different team, having finished 11th in the standings with MP Motorsport in 2019. In EF Open he was runner-up, winning four races and the rookie title.

Tsunoda spent three years in Japanese Formula 4, becoming the champion in his final season, before stepping up to F3 and was a winner in FIA F3 and EF Open.

?I know that the competition will be tough, there are a lot of very good drivers and many of them know the circuits,” said the 19-year-old Japanese racer.

“At least I have already had the chance to try the car. I had a day at Paul Ricard with M2 driving the car I will use in New Zealand. It had a different engine but otherwise it was the same car and that was a very useful test.

“I also got to work with the M2 team and they were very friendly and professional so that also makes me look forward to the New Zealand series.

?It will not be easy but I know that I must at least aim for consistent top three finishes through the series. I am looking for the superlicence points that I need for F1.?

The introduction of a new car means TRS is classified as a Regional F3 series next year, joining Asian F3 in being a non-clashing ‘winter’ series that drivers can claim superlicence points from in addition to their main 2020 programme.

Jack Doohan, another Red Bull junior and a rookie in EF Open this year, has confirmed his return to Asian F3 for the 2019-20 season that starts this weekend.

The 16-year-old took podiums in the championship’s Winter Series for Hitech GP before joining the team full-time and finishing runner-up in the 2019 standings with five wins.

He has switched to Pinnacle Motorsport for his second series campaign.