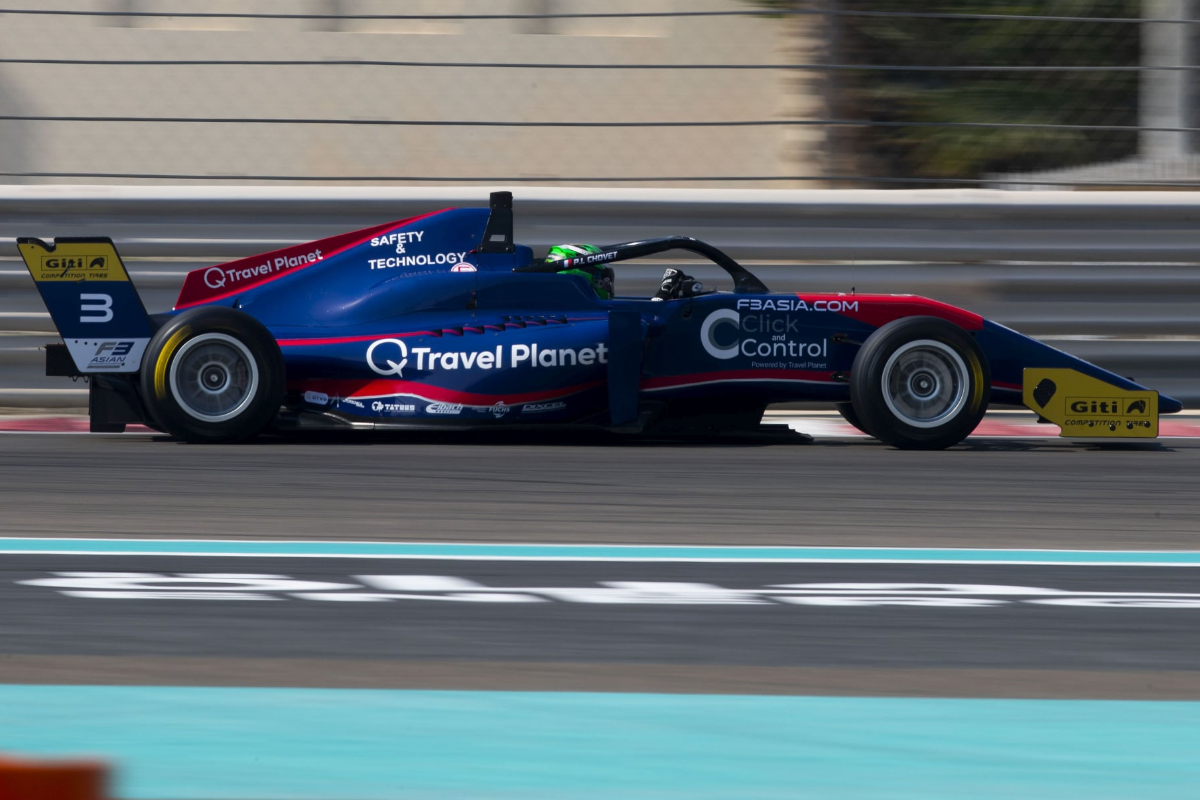 Pierre-Louis Chovet took his third victory of the Asian Formula 3 season to storm into the championship lead after race one of the second back-to-back round at Yas Marina Circuit.

Pinnacle Motorsport’s Chovet blasted past Formula 2 race-winner Jehan Daruvala to take the race lead into Turn 1 on the opening lap, but it wasn’t long before the safety car was required when Lorenzo Fluxa and Rafael Villagomez ran into terminal trouble.

There was drama on the restart as Williams Formula 1 tester Roy Nissany dived down the inside of Patrik Pasma for fourth place at the first chicane. Nissany clattered into Pasma and the latter was eliminated while Nissany resumed in fourth place.

There were no such troubles for Chovet out front. The Frenchman maintained a consistent buffer to Mumbai Falcons’ poleman Daruvala and Abu Dhabi Racing by Prema’s Guanyu Zhou.

In addition to passing Daruvala at the top of the standings, fastest lap also earned Chovet pole for race two.

Nissany scored his best result since the opening round of the season in fifth place ahead of his Hitech GP team-mate Ayumu Iwasa.

Sim racing star Cem Bolukbasi finished in seventh place for BlackArts Racing, after passing Daruvala’s Kush Maini in the closing stages of the race. The Indian finally avoided misfortune to score his first points of the season in eighth.

Chovet will start race two from pole ahead of Zhou, Hadjar and Fluxa, who brilliantly recovered from his opening lap drama to re-join the race and set the fourth fastest lap of the race.