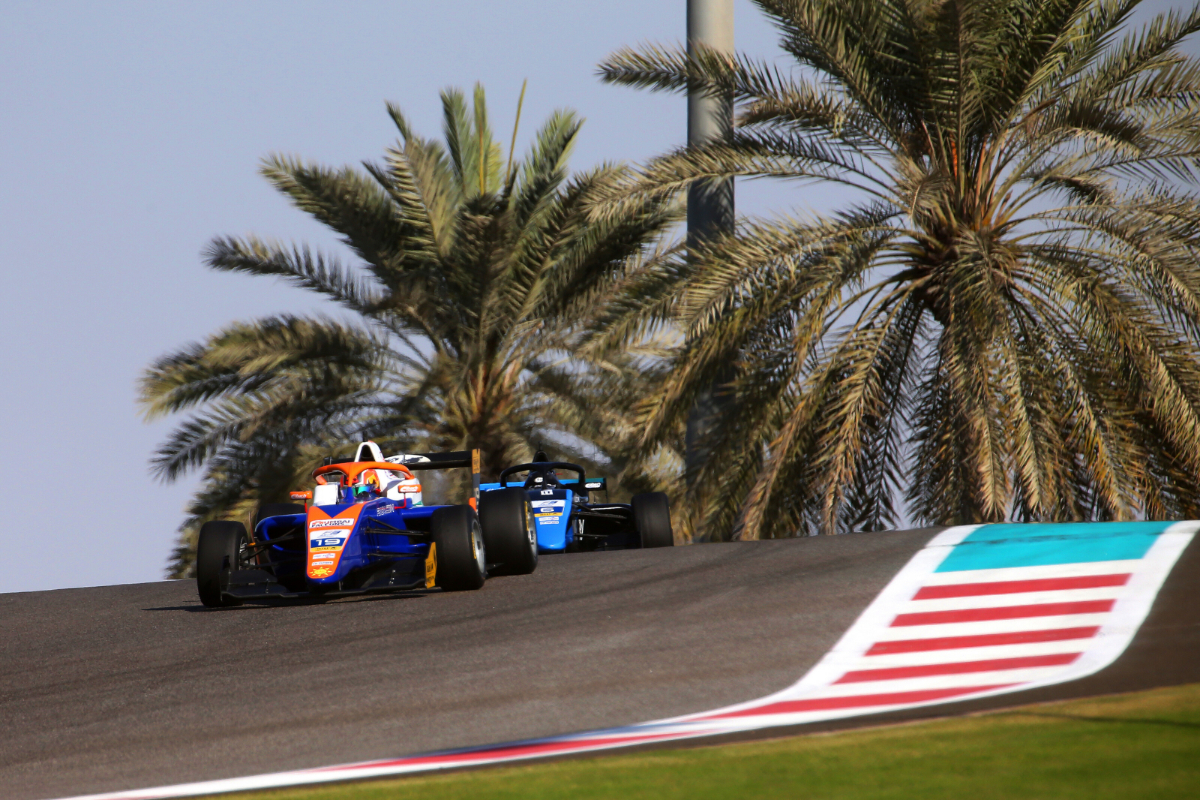 As in the races on the two previous days, the Corkscrew citcuit layout that cuts out the first hairpin was used for the action, and Daruvala was once again the quickest on track.

The Indian topped the first qualifying session by 0.190 seconds over Pinnacle Motorsport’s Pierre-Louis Chovet, who was the pacesetter in the single morning free practice session, with a small amount of dust on the circuit leading to sliding for some drivers.

The tires also were also at their peak on only their first or second flying laps, as a result of dust pick-up, and it was a similar story in Q2 where Daruvala headed Formula 2 rival Guanyu Zhou by 0.059s.

The Abu Dhabi Racing by Prema driver will share the second row of the race one grid with team-mate Dino Beganovic, who has remained with the team for this round and will hand over his seat to David Vidales next week, while Hitech GP’s Roy Nissany – another F2 driver – completed the top five.

Chovet was third in Q2 and just 0.012s slower than Zhou, both setting their fastest laps in the middle of the session as the pace failed to improve once dust was picked up, while Evans GP’s Isack Hadjar was an impressive fourth and just 0.137s off pole.

Nissany was 1.210s off the pace and could only qualify 13th, while the grid shrank to 20 cars as Evans GP’s Casper Stevenson and Irina Sidorkova were absent. Both drivers were set to compete in both of this weekend’s rounds, with Stevenson and Hadjar then returning to Europe to prepare for their Formula Regional European Championship campaigns.